Russian T-14 Armata tank could be transformed into nuclear weapon - US
Read: 1048

What does withdrawal of US troops from Iraq mean? - American military expert explains
Read: 667

US, Russia finalize planning for space security exchange at end of July
Read: 589

China responds to US sanctions over Xinjiang
Read: 446 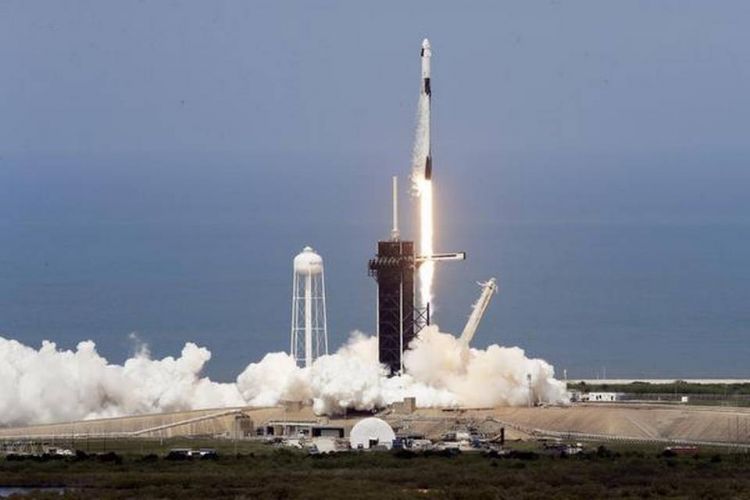 Saturday was a day of firsts. It was the first launch of NASA astronauts from U.S. soil since 2011, the year the Space Shuttle programme was retired. In the period since then, NASA has paid Russia’s space programme to take its astronauts to the International Space Station (ISS). It was also a first for SpaceX, founded by tech billionaire Elon Musk, which became the first private company to launch astronauts into orbit.

Behnken and Hurley lifted off at 3:22 p.m. ET (8:22 p.m. UK time)from the historic Launch Complex 39A, the same launch pad used for the Apollo mission that took Americans to the Moon, at NASA’s Kennedy Space Centre in Florida.

Shortly after liftoff, the first Falcon 9 booster successfully landed on the Of Course I Still Love You drone ship in the Atlantic Ocean.

The astronauts will take control of the Crew Dragon for two manual flight tests during the trip to the ISS in order to demonstrate their ability to control the spacecraft in case there are ever issues with the spacecraft’s automated flight system.

According to NASA, the Crew Dragon spacecraft is expected to dock to the ISS on Sunday morning at around 10:29 ET (3:29 p.m. UK time). It is an approximately 19-hour ride.