The situation in Nagorno-Karabakh to be one of the main topics of discussion at Lavrov-Zarif meeting - Russian MFA
Read: 202

U.S. can contribute to peacebuilding process between Azerbaijan and Armenia - Assistant to Azerbaijani president
Read: 147

“Our proposal to build a school in Shusha was welcomed by the Presidents of Azerbaijan and Turkey” - Devlet Bahceli
Read: 140 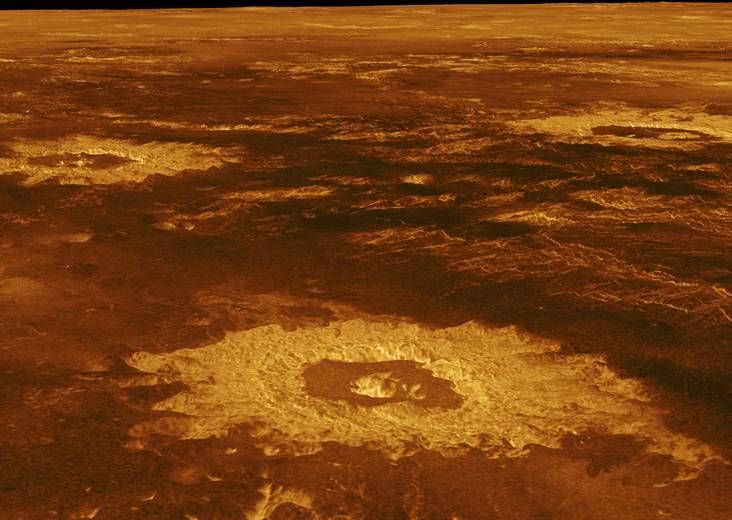 At present, the biggest target for human exploration of the solar system is Mars. NASA and other space agencies believe that a crewed mission to Mars may be possible by the 2030s, and while that timeline has been questioned by some, it’s entirely possible that humans will walk on another planet for the first time within the next two decades, EDNews.net reports citing BGR.

It’ll be a monumental achievement if (more like when) it happens, but some researchers believe that if we’re going to send humans to Mars, we might as well stop by Venus on our way there. That might sound a little bit crazy, but a new scientific paper argues that it actually makes perfect sense.

A “round-trip” Mars mission would send humans to the Red Planet on a journey that would also circle the Sun. The researchers say that if launched at the right time — when Mars and Venus are in the right positions in their own orbits around the Sun — they could do a human flyby of Venus on their way to Mars.

This “free add-on” would also benefit the mission by using the gravitational pull of Venus to act as a sort of slingshot, reducing the energy requirements for the mission to make it to the Red Planet in the first place.

It sounds wild, but it actually does appear to make sense if you take a look at the proposed route drawn up by the researchers. The team also argues that a flyby would allow for a wealth of data to be collected about Venus thanks to the close proximity of the crewed spacecraft. The amount of new information that could be collected by instruments on the surface of Venus would be maximized if a human spacecraft was nearby to gather it rather than waiting for a long back-and-forth between hardware on Venus and handlers back on Earth.

Venus flybys can enhance round-trip Mars exploration. Ever since NASA’s EMPIRE (“Early Manned Planetary–Interplanetary Roundtrip Expeditions”) and UMPIRE (“Unfavorable Manned Planetary–Interplanetary Roundtrip Expeditions”) studies in the 1960s and early 1970s, it has been clear that Venus flybys can reduce the overall energy requirements for opposition-class missions to Mars (Figure 2) [3-9]. Therefore, a human Venus flyby is not only a ‘free’ add-on, but a beneficial addition to any opposition-class Mars mission architecture. As a result, if NASA’s first mission to Mars is an opposition-class mission, it is likely that this mission will also include a flyby of Venus.

Mars is obviously more interesting to scientists who are searching for traces of past or present life in our solar system, but learning more about other planets, especially ones that are our neighbors, is obviously a big deal as well. If a flyby of Venus to conduct science can teach us a thing or two about the planet while also saving energy for a trip all the way to Mars, it seems like a no-brainer.