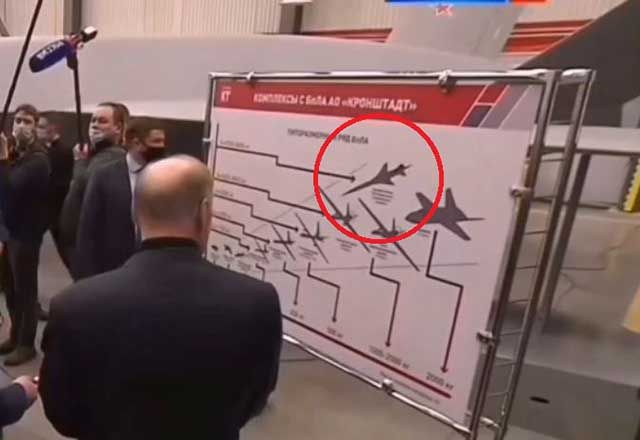 The image appeared in the video during the Russian defense minister’s visit to the plant in Kronstadt. Journalists could have initially misjudged the drone as a hypersonic aircraft.
In the presented video, you can see that on the stand, inspected by Sergei Shoigu, there is an extraordinary unmanned aerial vehicle. Given that next to it is another Russian supersonic drone, “Thunder,” it is assumed that the depicted mysterious drone is a drone “Lightning,” the existence of which was reported by the media.
Given the depicted drone’s design features, the latter is probably a reconnaissance drone, as it can hardly be equipped with a weapon. Nevertheless, such an unmanned aerial vehicle is ideal for piercing enemy air defenses and can mark targets for subsequent strikes.