Facebook, Google, and the battle over social media in Australia | Eurasia Diary - ednews.net

Facebook, Google, and the battle over social media in Australia 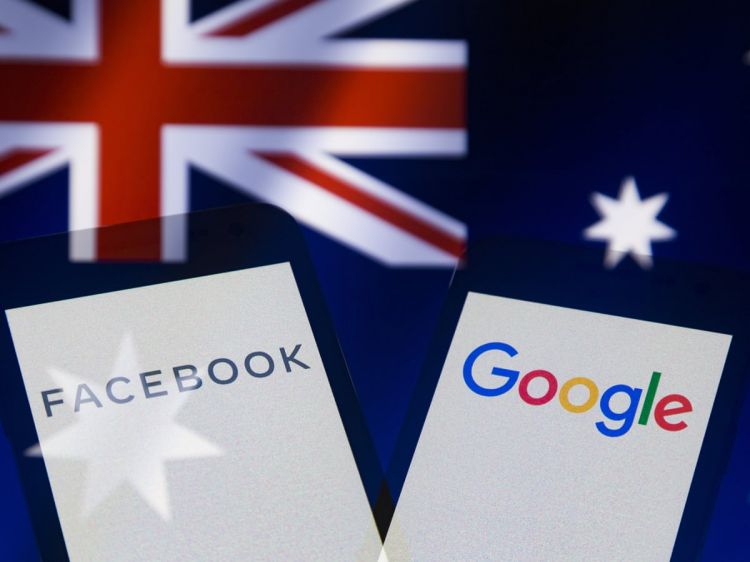 We have previously examined the battle between Facebook and Australia over the latter’s attempts to impose a mandatory code requiring internet platforms to bargain with and pay traditional media firms for content. Facebook argued that the code — as originally proposed — was unworkable, and removed all Australian news content from its pages for a week. A compromise allowing the government to apply discretion about a firm’s liability under the code — based on contracts already in place when the (now delayed) code came into force — has brought Facebook and the traditional media firms back to the negotiating table.

However, the compromise does not address the dispute’s underlying causes. The situation is extremely complex, and not unique to Australia. But the Australian code exacerbates rather than solves the myriad of problems it seeks to address. First, there is a real issue facing the traditional providers of public interest journalism from lost revenues, but it is not just due to Facebook and Google exerting power in advertising markets. Two-sided media markets have traditionally derived revenues from both sides. Falling subscription revenues are due in large part to copyright breaches, as well as changing consumer preferences. Trying to redress this loss by imposing obligations on just a limited number of firms who have succeeded in drawing away advertising revenues is not logical. Drawing a contractual line of responsibility for copyright breaches to firms earning those revenues can only succeed if the firms can control the breaches.

As we’ve stated previously, Google can exercise control because it can choose the content displayed in search results. Facebook, by contrast, cannot, as its users are the ones who decide what to post. The compromise Facebook struck is highly fragile because it relies on regulators to judge whether the internet firms’ contracts adequately compensate the “appropriate” firms creating public interest journalism when deciding which firms must go to mandatory bargaining. Since there are no precedents, it is unclear how the war will play out.

A simpler, more transparent solution for this problem may exist. Arguably, moving forward requires radical rethinking of existing legislation and regulations, not just new restrictions. Maybe it is time to debate exactly what role large internet firms play in the information economy, and how these roles intersect with the business models of other firms with an internet presence.

The business models and technological operations of search engines are vastly different than those of social media platforms, and they operate in different markets. Whenever funding gets separated from service provision, inequities and inefficiencies creep in (take health insurance, for example). If the Australian government’s real goal is simply to tax Google and Facebook then distribute the proceeds to a handful of chosen media companies, a simpler solution would have been to follow the line of former Australian Treasurer Joe Hockey. He addressed the leakage of tax revenues from foreign-based service providers — who sell services in Australia but bill offshore (e.g., Netflix) — by making them pay taxes to the Australian Taxation Office.

If digital advertising is really costing Australian journalists their jobs, then perhaps a defined tax (say two cents on every dollar of digital ad revenue) could be put into an independently managed fund to finance Australian news content. This model is common in other two-sided markets where some form of redistribution is deemed necessary. For example, many countries use universal service funds to pay for rural telecommunications connectivity. This would be transparent, easier to monitor, and cheaper to collect than the Australian media bargaining code revenues.

It would also create a new business model for news content that reflects past liabilities but is more sustainable and likely more agreeable for the parties concerned. Google and Facebook will pay more than other firms because they’d earn more from this source. If a new provider with better algorithms comes along and alters the balance of power in the advertising market, then it too would be liable from the start without forcing yet another antitrust inquiry to determine which firms are bound by the code.

Importantly, such a model would also make transparent the fact that the traditional media firms seeking compensation from Google and Facebook are competitors in the market for digital advertising too. They would also be required to collect and pay into such a fund, leveraging greater transparency than is possible with their current “behind the veil” cross-subsidization. As with universal service funds for rural network deployment, both advertisers and consumers have better information to hold the providers of news content accountable. Yes, it is true that public good journalism can hold truth to power, but its providers have some market power in the provision of that content too. This type of fund would provide an additional check against the bias in favor of the views of owners or other capturing interests that arguably affect news media presently.