Our planet is travelling through the debris of ancient supernovae | Eurasia Diary - ednews.net

Our planet is travelling through the debris of ancient supernovae 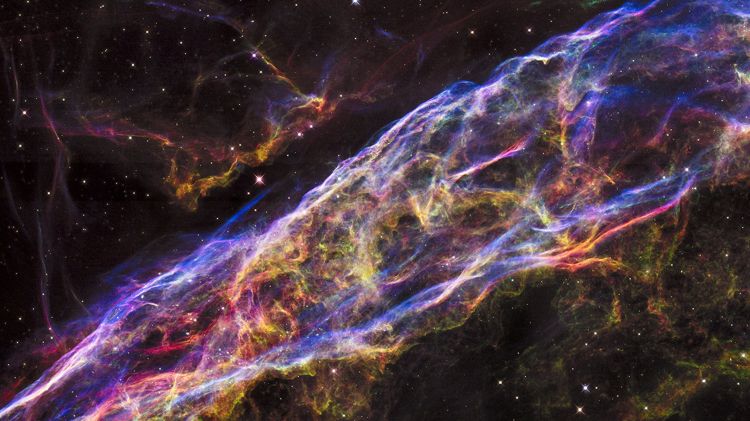 Radioactive dust deep beneath the ocean waves suggests that Earth is moving through a massive cloud left behind by an exploded star.
Continuously, for the last 33,000 years, space has been seeding Earth with a rare isotope of iron forged in supernovae.
It's not the first time that the isotope, known as iron-60, has dusted our planet. But it does contribute to a growing body of evidence that such dusting is ongoing - we are still moving through an interstellar cloud of dust that could have originated from a supernova millions of years ago.
Iron-60 has been the focus of several studies over the years. It has a half-life of 2.6 million years, which means it completely decays after 15 million years - so any samples found here on Earth must have been deposited from elsewhere, since there's no way any iron-60 could have survived from the formation of the planet 4.6 billion years ago.
And deposits have been found. Nuclear physicist Anton Wallner of the Australian National University previously dated seabed deposits back to 2.6 million and 6 million years ago, suggesting that debris from supernovae had rained down on our planet at these times.
But there's more recent evidence of this stardust - much more recent.
It's been found in the Antarctic snow; according to the evidence, it had to have fallen in the last 20 years.
And, a few years ago, scientists announced that iron-60 had been detected in the space around Earth, measured over a 17-year period by NASA's space-based Advanced Composition Explorer.
In 2020, Wallner found more of the stuff, in five samples of deep-sea sediments from two locations dating back to 33,000 years ago. And the amounts of iron-60 in the samples are pretty consistent over the entire time period. But this finding actually poses more questions than it answers.
Earth, you see, is currently moving through a region called the Local Interstellar Cloud, made up of gas, dust and plasma.
If this cloud was created by exploding stars, then it's reasonable to expect that it's dusting Earth with a very faint rain of iron-60. This is what the Antarctic detection suggested; and this is what Wallner and his team were seeking to validate by examining the ocean sediments.
But if the Local Interstellar Cloud is the source of the iron-60, there should have been a sharp increase when the Solar System entered the cloud - which, according to the team's data, is likely to have occurred within the last 33,000 years. At the very least, the oldest sample should have had significantly lower levels of iron-60, yet it did not.
It's possible, the researchers note in their paper, that the Local Interstellar Cloud and the supernova debris are coincident, rather than one structure, with the debris remaining in the interstellar medium from supernovae that took place millions of years ago. That would suggest that the Local Interstellar Cloud is not a faint supernova remnant.
"There are recent papers that suggest iron-60 trapped in dust particles might bounce around in the interstellar medium," Wallner said last year.
"So the iron-60 could originate from even older supernovae explosions, and what we measure is some kind of echo."
The best way to find out, the researchers note, is to look for more iron-60, covering the gap between 40,000 years ago and around a million years ago.
If the iron-60 abundance grows greater farther back in time, that would suggest ancient supernovae.
However, a greater abundance more recently would suggest that the Local Interstellar Cloud is the source of the iron-60.