Are you experiencing ear inflammation because of the Galaxy Buds Pro? | Eurasia Diary - ednews.net

Are you experiencing ear inflammation because of the Galaxy Buds Pro? 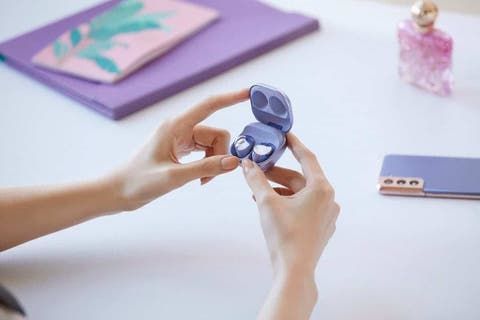 A rather unusual story regarding the Galaxy Buds Pro is making the rounds in China, with reports claiming that Samsung’s new earbuds may cause ear inflammation for some users. The story appears to have been reported on China’s state-controlled broadcaster CCTV judging by a screenshot shared by IT Home — seen below — but Samsung appears to have already addressed these concerns.
According to the media, Samsung replied that its products have passed international standards tests and they contain no harmful substances. The eartips can contain traces of acrylate, whereas the stainless steel parts contain nickel, so anyone who has allergies to these materials should avoid using these earbuds, or most earbuds on the market, whether they originate from Samsung or any other brand. These are very common materials.
Are the eartips too large and uncomfortable?
The majority of complaints seemingly come from Galaxy Buds Pro owners, some of which suspect that ear inflammation might be caused by the size of the eartips. They claim that Samsung may have made the eartips too large as a way to improve noise cancellation, but this causes discomfort and excessive sweating.
On the other hand, the Galaxy Buds Pro earbuds ship with a few pairs of eartips in different sizes, so we’re not sure how this could be a problem, unless the smallest size is still too large for some users, which could very well be the case. Even so, there’s still no evidence that this design could be the cause of ear inflammation for these customers.
According to reports from the local media, Samsung replied by saying that if there’s a possibility of such discomfort caused by the size of the eartips, users should make sure to clean and disinfect the earbuds regularly to keep the ear canal dry.
Have you had any such issues with your Galaxy Buds Pro? We haven’t, and we found the new earbuds to be more comfortable than the Galaxy Buds and the Galaxy Buds+. Check our Galaxy Buds Pro review for more information on that. But in case you do find Samsung’s new earbuds to be uncomfortable, is it to the point where you’d claim they’re unhealthy? Feel free to share your experience with the earbuds in the comment section below.