Hubble spots a galaxy warped and magnified by intense gravity 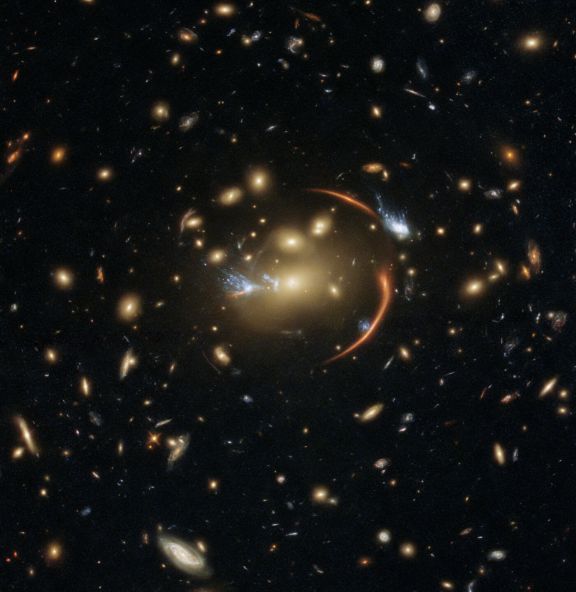 Gravity can be a really powerful influence in our universe, as the Hubble Space Telescope shows in its latest space photo.

Amid a cluster of galaxies, Hubble spotted a phenomenon known as gravitational lensing, marked by the telltale arcs of light framing the center of the image shared Friday. The reddish glow forming a partial ring emanates from a galaxy far, far behind the galaxy cluster that makes up most of the image below.

We tend to think that light generally travels in a straight line. That's pretty much true over short distances as we see with lightbulbs or screens on Earth, but when you look out at space, gravity bends light in all kinds of funky, mind-blowing ways.

When something like a galaxy cluster has a particularly strong gravitational influence spurred by the incredible amount of mass it possesses, it can greatly magnify the light from an object behind it and even warp it to make it look like it's not behind it, but next to it. It can also duplicate the light. All of this falls under the umbrella of gravitational lensing. 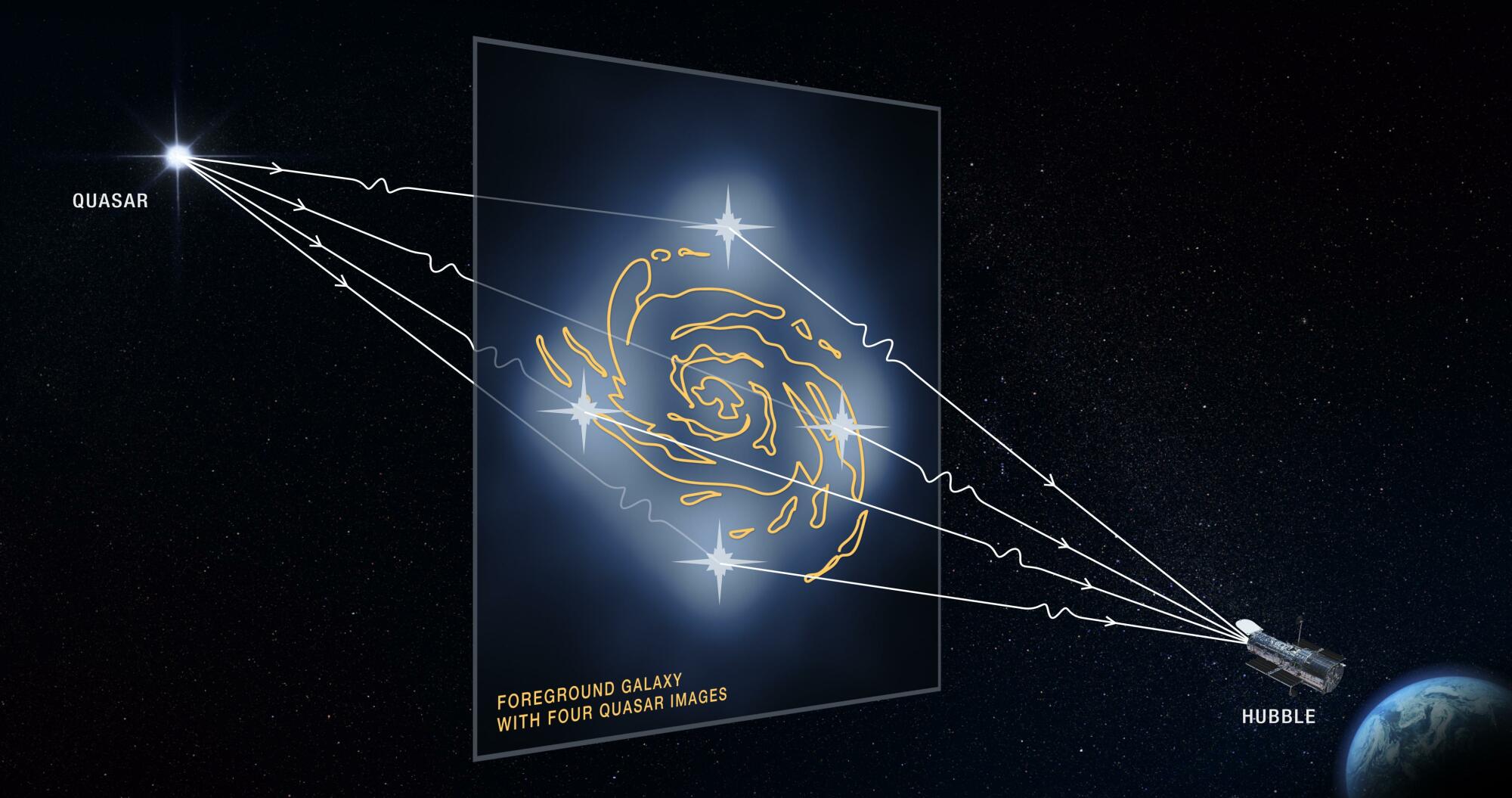 In the Hubble image, the distant reddish galaxy is about 10 billion light-years away. At this stage in its cosmic journey, it has run out of gas to form new stars. As the stars it has produced burn out and die, the galaxy, too, slowly dies.