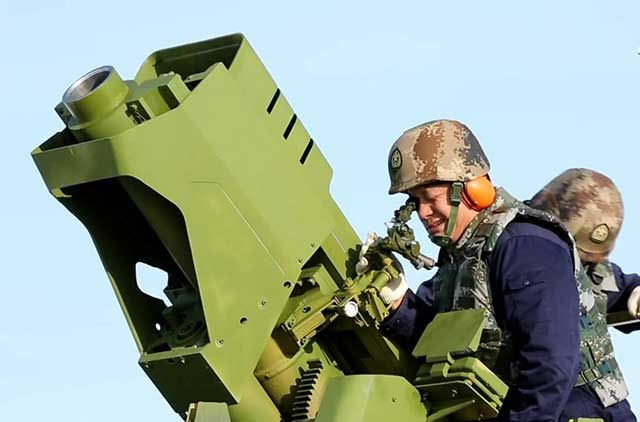 A video recently appeared on YouTube showing the combat capabilities of a new Chinese wheeled mortar. The self-propelled unit can launch new adjusted high-precision mines with Chinese design and production.
The new Chinese 120-mm mortar, manufactured by Chengdu Lingchuan Special Industry, is mounted on a Dongfeng Mengshi CSK131 with a 6 × 6 wheel formula. The machine is reportedly equipped with an inertial navigation system and a battlefield control system.
The process of aiming by calculating the coordinates of the target, which will be hit by mortar fire, according to the developers, takes 30 seconds.
Judging by the videos and images of the munitions fired by the mortar installation, these are newly corrected Chinese mortar mines that use a gas-dynamic adjustment to adjust their flight, rather than the more “traditional” principle of aerodynamic control.
We remind you that the Marine Corps of the People’s Liberation Army of China has officially adopted Type 15 tanks. These combat vehicles will be the first full-fledged tanks in the Chinese Marines. Until now, they had only vehicles based on armored personnel carriers and infantry fighting vehicles with cannons.
As the main weapon, the tank uses a 105-mm rifled gun with an automated loading system. A 7.62-mm machine gun was paired with it. A 12.7-mm machine gun is also mounted on the roof of the tower.