The Russian invasion shows how digital technologies have become involved in all aspects of war - VIDEO - ednews.net 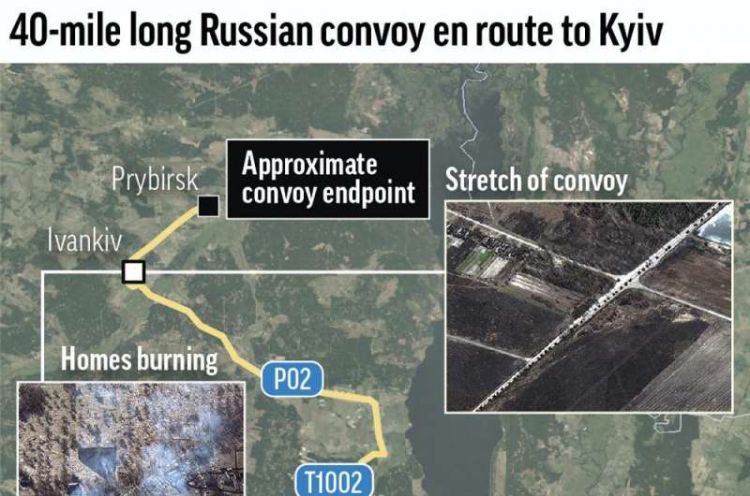 Since Russia invaded Ukraine, we keep hearing that this war is like no other; because Ukrainians have cellphones and access to social media platforms, the traditional control of information and propaganda cannot work and people are able to see through the fog of war.

As communications scholars and historians, it is important to add nuance to such claims. The question is not so much what is "new" in this war, but rather to understand its specific media dynamics. One important facet of this war is the interplay between old and new media—the many loops that go from Twitter to television to TikTok, and back and forth.
We have moved away from a relatively static communication model, where journalists report on the news within predetermined constraints and formats, to intense fragmentation and even participation. Information about the war becomes content, and users contribute to its circulation by sharing and commenting online.
Modern warfare and media
Modern warfare and media technologies have a long and complex history. During the First World War, airplanes served both as weapons and media by taking aerial photographs and drop propaganda pamphlets over enemy lines. Soldiers commonly used their personal cameras in the first months of the war before their political and military leaders prohibited such practices and put them in the hands of specialists.
During the Second World War, each division of the German army had its own team of cinematographers filming the war. In 1943, when the army lacked resources, thousands of soldiers participated in the filming of Kolberg, a 1945 propaganda movie meant to boost German morale.
The Vietnam War is often presented as the first "uncensored" war, as media scholar Daniel Hallin put it. During the Gulf War in 1991, the 24-hour coverage by cable news channels conveyed a different impression of war. Confronted by the neat videos images furnished by the military, journalists soon referred to it as the "Nintendo War." Since then, the implication of media in war has increased in speed and fragmentation.
The development of cyberwar
Cyberwar is a key component of the current war. It refers to all operations taking place on the internet, and to the physical infrastructure that supports it. This includes network disruptions, website jamming, and so on.
Cyberwar occurs alongside classic media censorship, and includes the accelerated distribution of information. It comprises complex communication events between people and machines, and can be intentional, coordinated and deliberate—or not.
Cyberwar in Ukraine occurs at different scales. Drones can capture enormous data sets for analysis by artificial intelligence, and use that for precision targeting. This includes pinpointing the location of soldiers or civilians by heat maps, digital signals or social media posts.
Many historical propaganda techniques extend into cyberspace, but an emerging new extension is the means to target and personalize disinformation. Aggressive military propaganda techniques combine with tools for online marketing.
The ability to identify soldiers and their family members means that actual or fake threats can be made to persuade people to surrender. This strategy also includes circulating an insidious deepfake video of the Ukrainian president Volodymyr Zelensky asking the Ukrainian people to surrender to the Russians.