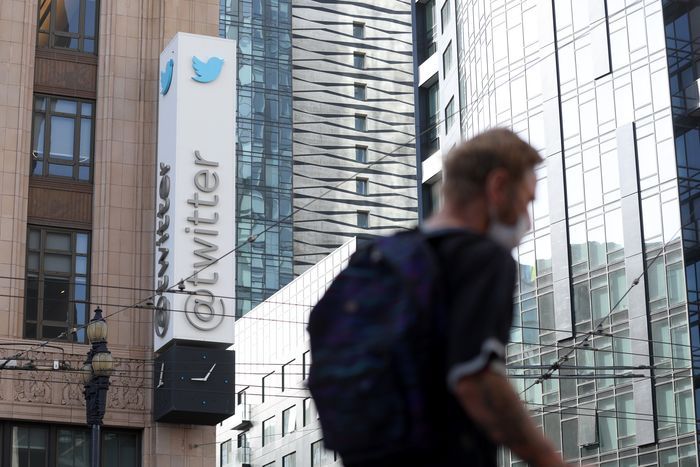 Elon Musk said that his $44 billion deal to buy Twitter can’t move forward until the company provides proof that the number of spam or bot users on the site is less than 5%.
In a tweet Tuesday , he cited a report saying as many as 20% of users may be fake and said the number could be even higher.
Separately on Tuesday, Twitter (ticker: TWTR) filed its preliminary proxy statement with the Securities and Exchange Commission for the deal at the agreed share price of $54.20.
“Twitter is committed to completing the transaction on the agreed price and terms as promptly as practicable,” the company said. The deal still needs to be approved by shareholders.
In premarket trading, Twitter shares were falling 2.6% to $36.42. The stock closed Monday down 8.2% at $37.39.
Twitter CEO Parag Agrawal on Monday wrote a detailed thread about the difficulty of calculating spam as a percentage of the platform’s daily active usage. Musk responded with a poop emoji.
Arbitrage calculations on Monday showed the market views the odds of the deal going through at less than 20%.
“Our view in a nutshell is that the $54.20 deal price for Twitter is now out the window … it’s about either driving a lower deal price or Musk could walk away,” wrote Wedbush analyst Dan Ives in a report Monday.
Ednews reports, citing Bloomberg that Musk said a new deal at a lower price wasn’t “out of the question” while speaking at the All-In Summit.