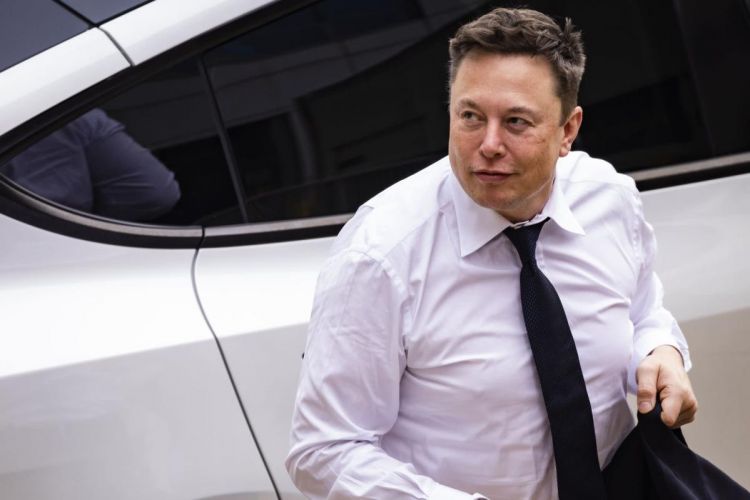 Elon Musk has sold nearly $7bn-worth (£5.8bn) of shares in Tesla as the current world’s richest man attempts to get his finances in order ahead of his court battle with Twitter.
Musk has unloaded about eight million shares in recent days, as revealed in a series of regulatory filings.
“In the (hopefully unlikely) event that Twitter forces this deal to close and some equity partners don’t come through, it is important to avoid an emergency sale of Tesla stock,” Musk tweeted late on Tuesday.
Musk is by far the largest individual shareholder in both Tesla and Twitter. Shares of Tesla rose almost 2 per cent before the opening bell on Wall Street on Wednesday.
Shares of Twitter, meanwhile - already up 16 per cent in the past month, with most observers believing that Musk faces long-shot odds of success in court - jumped another 3 per cent.
Musk countersued Twitter last week, accusing the company of fraud over his aborted $44bn (£36.4bn) acquisition. He claims that Twitter held back critical information and misled his team about the size of its user base.
Musk alleges that Twitter committed fraud, breach of contract and violation of a securities law in Texas, where he now lives, having relocated from California where automotive and environmental laws are stricter.
In a surprise move in April this year, Musk offered to buy Twitter before subsequently trying to back out of the deal within a matter of weeks, claiming the social platform was infested with larger numbers of “spam bots” and fake accounts than Twitter had disclosed.
Musk said that he planned no major sales of his stake in Tesla after lining up financing to acquire Twitter, but Dan Ives, an industry analyst with Wedbush, said on Wednesday that “the situation has dramatically changed”.
Wedbush raised its target price for shares of Twitter, “with the chances of a Twitter deal now more likely in our opinion and the Street seeing through this poker move by Musk,” Ives wrote to clients.
“We can also see Musk trying to resolve this powder keg situation before the Twitter deal officially heads to court in October,” he added.
“At a minimum, we see Twitter getting a massive settlement from Musk in the $5bn (£4.1bn) to $10bn (£8.2bn) range that is starting to be factored into the stock.”
Musk began his heavy investment in Twitter in January this year. By March 14, his stake in the company exceeded 9.2 per cent, making him the largest shareholder. On April 4, in a required securities filing, Musk disclosed his majority stake in Twitter, which responded by offering him a place on its board, in an attempt to placate Musk and avoid a hostile takeover.
By April 10, Musk confirmed he would not accept the board offer and instead on April 14 offered to buy Twitter outright at $54.20 a share, a path ultimately leading to taking the social media platform into his private ownership.
However, by early July, following a series of back and forth accusations and responses between Musk and Twitter, the prospective purchaser announced that - as far as he was concerned - the deal was dead.
Unfortunately for Musk, a billion-dollar termination fee is hardwired into the acquisition contract. On July 12, Twitter sued Musk in Delaware to force him to complete the deal he had so aggressively, arguably impulsively, attempted to drive through only three months earlier.
In its lawsuit, Twitter stated: “Musk refuses to honor his obligations to Twitter and its stockholders because the deal he signed no longer serves his personal interests. Musk apparently believes that he — unlike every other party subject to Delaware contract law — is free to change his mind, trash the company, disrupt its operations, destroy stockholder value, and walk away.”