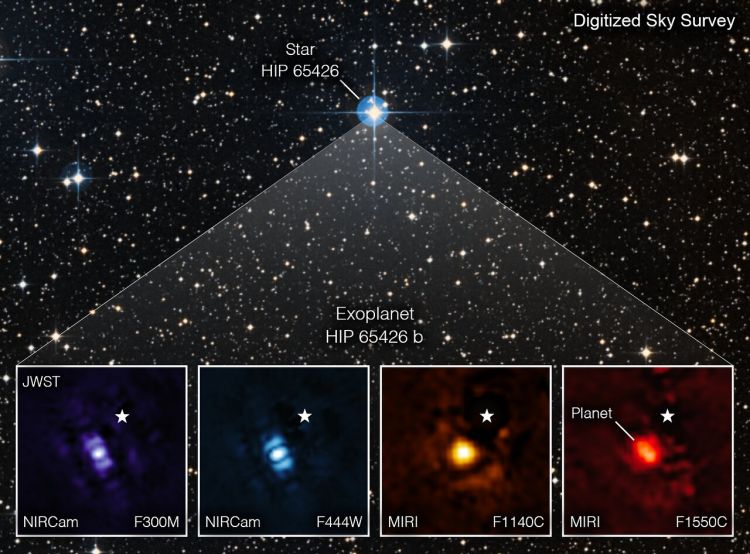 Nasa has published four different views of HIP 65426 b, the first planet outside our solar system to be captured by the $10bn (£8.65bn) space telescope, Engineering and Technology reports.

For the first time, astronomers have used Nasa’s James Webb Space Telescope to take a direct image of a planet outside our solar system, in what has been described as a “historic moment for astronomy”.

The exoplanet chosen was HIP 65426 b, which is about six to 12 times the mass of Jupiter and between 15 to 20 million years old - a young age compared to the 4.5-billion-year-old Planet Earth. Since the planet is a gas giant, similar to Jupiter, it would never be habitable by living organisms.

The image, as seen through four different light filters, shows how Webb’s powerful infrared gaze can easily capture worlds beyond our solar system.

“This is a transformative moment, not only for Webb but also for astronomy generally,” said Sasha Hinkley, associate professor of physics and astronomy at the University of Exeter. “James Webb is going to open the door to a whole new class of planets that have been completely out of reach to us and by observing them at a broad range of wavelengths we can study their compositions in a much more in-depth way.