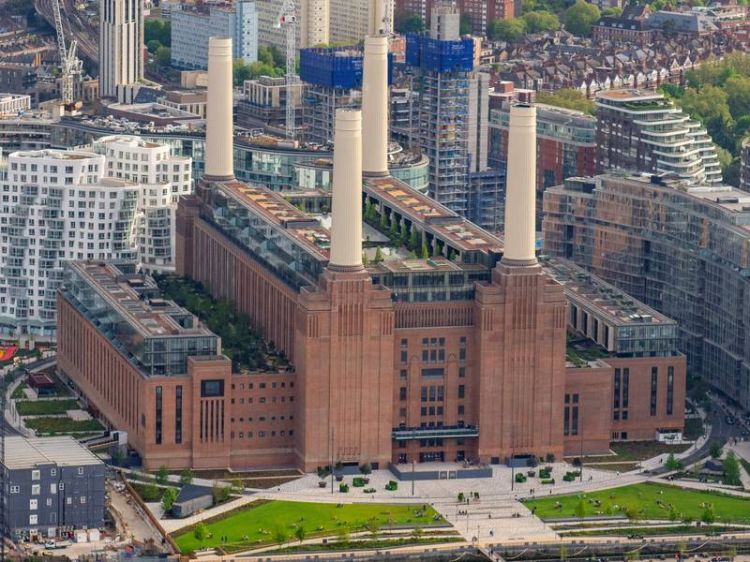 Apple will open its office in London's Battersea Power Station early next year as it expands its presence in the UK, chief executive Tim Cook has confirmed.
The planned opening comes two years behind schedule, with Apple having said back in 2016 that it was aiming to open its Battersea Power Station campus in 2021.
"We can’t wait to open our new offices in the iconic Battersea Power Station for so many of our team members in London early next year," Mr Cook tweeted.
"It's a tribute to this incredible city and a reflection of our commitment to Apple's future in the UK."
Work on the power station development is complete, and its two central halls will house dozens of shops and retail outlets before the end of the year.
On top of the building are 18 duplex, £7 million ($8.09m) Sky Villas with an outdoor entertaining space.
The building will open its doors to the public for the first time from Friday, October 14.
At its peak, Battersea Power Station supplied a fifth of London’s electricity. The building was decommissioned in 1983 and during the years that followed, several failed attempts were made to redevelop the site.
The first wave of shops opening in October include the likes of Hugo Boss, Theory, Lacoste, Ralph Lauren, Aesop, Space NK, Ace + Tate, lululemon, Mulberry, Jo Malone London, Uniqlo and Mango.
More than 2,500 new jobs will be created once the doors to the development open, with a total of 17,000 jobs once the whole 42-acre project is complete.
In July, Apple opened a visually striking new store on London's Brompton Road. Architect Foster + Partners produced the outlet, which is situated between high-end department stores Harrods and Harvey Nichols.
Powered by 100 per cent renewable energy, the new store's "curved timber ceiling reflects the existing geometry of the building’s historic facade", Foster + Partners said.
Apple is expanding its presence globally to boost operations.
The company announced on Monday that it will make its iPhone 14 in India, as manufacturers shift production from China amid geopolitical tension and pandemic restrictions.
“The new iPhone 14 line-up introduces groundbreaking new technologies and important safety capabilities. We’re excited to be manufacturing iPhone 14 in India,” Apple said.