Looking for the next big Nankai Trough earthquake - ednews.net

Looking for the next big Nankai Trough earthquake 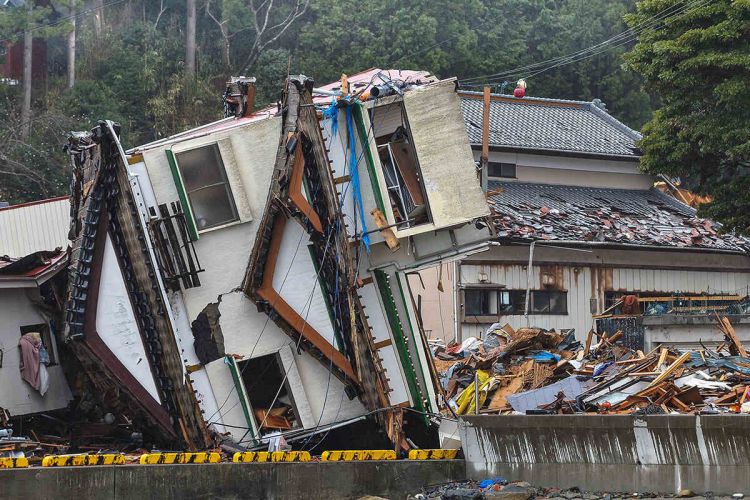 The Nankai Trough, off the south coast of Japan’s Honshu island, marks one of the world’s best-studied seismogenic subduction zones, where large megathrust earthquakes have repeatedly occurred every 90 to 150 years. The last major earthquakes took place here in 1944 and 1946, and the next one is expected to happen soon, within the next 30 to 50 years.
Megathrust earthquakes, like the magnitude 9 Tohoku earthquake in 2011 – the most powerful earthquake ever recorded in Japan – occur at convergent plate boundaries, where the older rocks of one plate are pushed up above the younger rocks of another, forming a thrust fault. They cause some of the planet’s most powerful earthquakes and tsunamis and, since 1990, all earthquakes of magnitude 9.0 or greater have been megathrust earthquakes.
During a recent mission to better understand how we can predict large earthquakes, scientists drilled deep into the tectonic plate at Nankai Trough to directly measure the force felt between tectonic plates as they push against each other. Although the team failed to reach as far as the fault, they gathered invaluable data about the levels of tectonic stress that normally increase in the build up to an earthquake. To much surprise, the stress levels that have built up since the last earthquake are close to zero, suggesting either that the fault needs less energy to slip into an earthquake, that stress builds up very suddenly, or that the stresses are closer to the fault than the drilling reached. This new information will help scientists to better understand the link between tectonic forces and the earthquake cycle, potentially leading to better earthquake forecasts.