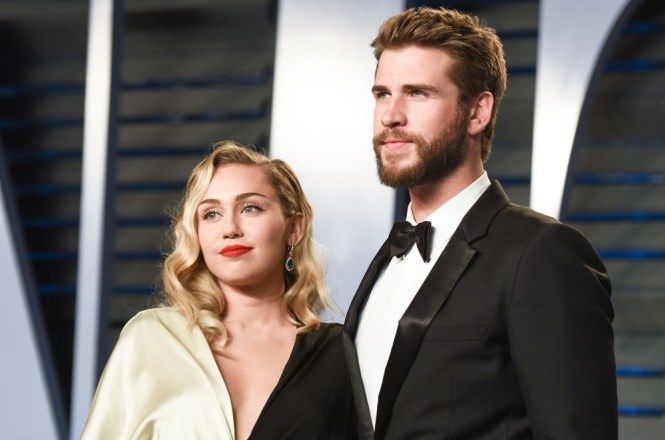 Finding the dress is something that many brides dream of.

But it turns out that Miley Cyrus originally wanted to wear something very different for her wedding day last year.

And, if we're being honest, it sounds pretty great.

The Nothing Breaks Like a Heart singer wed Liam Hemsworth in an intimate ceremony at her home in Tennessee on December 23.

The newlyweds both took to social media in the following days, sharing glimpses of their special day with their followers - including Miley's stunning off-the-shoulder Vivienne Westwood gown.

It turns out, though, that Miley first had a very different outfit planned for her wedding day.

While attending the 2019 MusiCares Person of the Year Gala with her parents over the weekend, the singer told E!News about her original must-haves for her wedding day: comfort food and even comfier clothes.

"Literally, vegan chicken and dumplings. That was my only rider.

"I would do anything for dumplings. You could add nothing else. I didn't even need a dress; I was trying to wear leggings and a hoodie. I just wanted dumplings, that's all."

Miley and Liam first met a decade ago, while they were on the set of The Last Song. They first broke up in 2013 but got back together a few years later.