Racism is not just in England or in football - Deeney credited Sterling | Eurasia Diary - ednews.net

Russian fighter jet shot down two additional US drones near Khmeimim air base in Syria
Read: 1312

Russia plans to expand its military bases in Syria
Read: 604 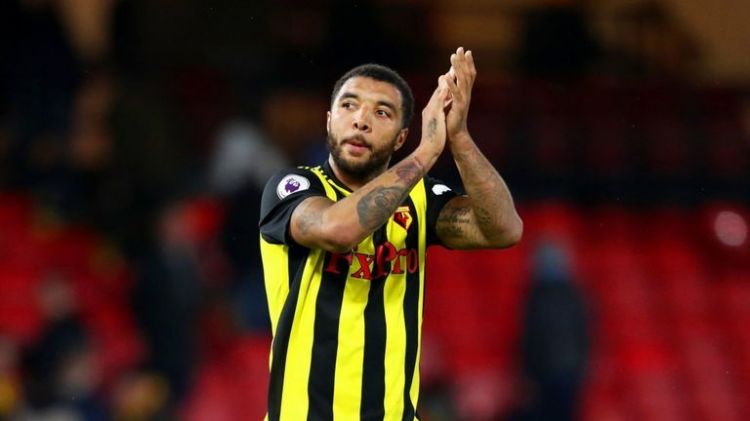 Watford captain Troy Deeney has credited Raheem Sterling with making a "massive" impact in the fight against racism this season, and told ESPN FC that the Manchester City winger has made it "cool" to talk about the issue.

Deeney will face Sterling in Saturday's FA Cup final at Wembley with City aiming to become the first English club to complete a domestic treble and add the trophy to their Carabao Cup and Premier League titles.

Sterling goes into the game having been praised for his outspoken comments on racism in football and society this season, with the England international also being voted the Football Writers' Player of the Year for his performances on the pitch.

And Deeney said he has been hugely impressed by Sterling's willingness to speak so powerfully about racism in recent months.

"I'm a huge, huge supporter of what Raheem does," Deeney said. "Hopefully he is going to be the star of a new generation of people who are going to speak about it, because it is there: there's no point in trying to hide it -- it's there.

"Racism is not just in England or in football; all over the place it's there. You see it all the time now and it's being exposed more naturally because, due to social media, everyone has more eyes and ears.

"So what he's doing is massive and it sounds bad, but he's made it cool to talk about it, like it's a topic that people want to know about.

"Media outlets are now interested, but if you look at the Kick It Out campaign, that's been going for 25 years for a reason. It's not something that's just happened.

"I hate the term, but as players and 'role models,' you have to now look around and go: 'What can we do more to help get the message across and balance the scales?'"