Azerbaijan hosts the Festival of Contemporary Art "Maiden Tower. To Be a Woman" organized by the European Union Delegation | Eurasia Diary - ednews.net

India is ready to abandon the Su-57 and focus on buying the American F-35s
Read: 280

Azerbaijan hosts the Festival of Contemporary Art "Maiden Tower. To Be a Woman" organized by the European Union Delegation 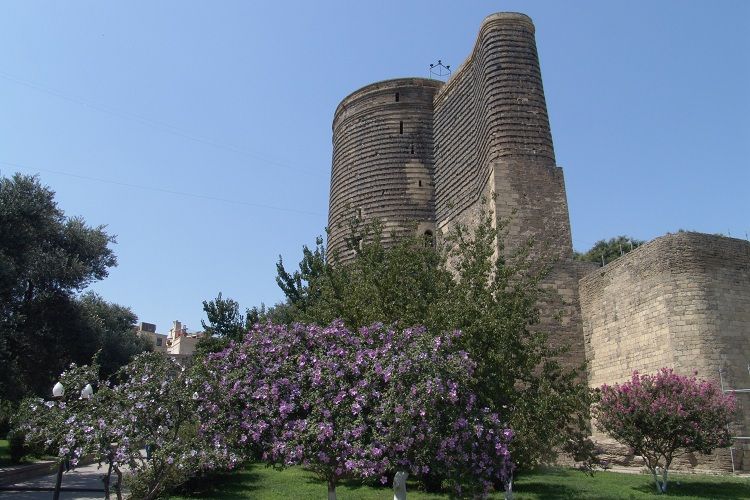 The European Union Delegation to the Republic of Azerbaijan is organizing the International Festival of Contemporary Art “MAIDEN TOWER. To Be a Woman", which will be held on 17-27 September in Baku and in the regions of Azerbaijan,

The Festival topic is linked with the 100th anniversary of the liberation of Azerbaijani women and emphasizes the role of women in the Azerbaijani society and around the world. The festival's program includes several exhibitions, public art events, visual poetry evening, discussion panel, thematic film shows and workshops in the context of contemporary art.  At the beginning of 20th century in the context of important historical and political events, the ﬁrst women liberation movement was launched in Azerbaijan and with the establishment of the Azerbaijan Democratic Republic, it became the first Muslim country to grant election rights to women, as early as in 1918.

“MAIDEN TOWER. To be a Woman”, The International Contemporary Art Forum has been initiated by Sabina Shikhlinskaya in 2009 in Baku. It was the first collective reflection to the subject of the gender equality through the contemporary art in Azerbaijan. A year later, in 2010, the same topic - “To be a Woman” - was presented through the exhibition project “Openly” in the framework of Istanbul - European Capital of Culture 2010. After 10 years S.Shikhlinskaya curating “MAIDEN TOWER. To be a Woman” 2019 for accenting on still actual questions of gender equality.

The title of the Festival is inspired from the main attraction and symbol of Baku city – Maiden Tower, shrouded in many legends and mysteries. Most of them are associated with the meaning of the word "Maiden" what means the tower of the virgin in the context of woman – “Virgo”. The content varies via different stories, but the fatal outcome of woman life due to the moral or physical violence of a man is the key and dominant theme. This image of a woman in the East - weak and not protected in her rights and fighting for her freedom with only possible solution - death - is a kind of ideological stereotype, and it creates false priorities on the gender equality topic in the region. Historians and researchers believe the name of the main tower of the city "Gyz Galasy" means the Virgin Tower in the meaning of its inaccessibility, because the tower due to its very favorable location was never captured by any enemy. “Maiden Tower” was surrounded by Caspian Sea on one side and on the other sides – by a town fortress, which made it almost impregnable.

The project attempts to work with the artists, curators, cultural activists and local communities in Azerbaijan-Baku and regions through the prism of gender equality, feminism and immaterial cultural heritage in this context. In the framework of project realization and work process the aims are to define the methodology in the local context and find a solution that might help to expose the models of better understanding of the existing problems in society and in modern life. This project should response to the system, its problems, gender and social inequalities, where participants of Forum make the new contribution to the common situation. It's as well revolved around the idea of intellectual, social and artistic exchange. Art exhibitions, the events like conference, panel discussion, public art and happenings are the way to create a temporary community between the international participants and the local residents and make new construction for long-term relationships.

The festival is organized and implemented in partnership with the with the diplomatic missions in Baku and     governmental leading institutions and organizations of arts and cultural fields as Union of Azerbaijan Artists,     MoMA Baku, YARAT Contemporary Art Center, Baku city Cultural Department, Baku International Centre of     Multiculturalism, M.Ibrahimbayov Creativity Center, Ganja municipality etc.

The guests- participants of Festival are film directors and museum specialists, curators and art critics, artists and cultural activists, from EU member states such as Germany, the Netherlands, Sweden, Hungary, Latvia from Eastern Partnership countries such as Georgia, Moldova, Ukraine and from third countries such Turkey, Israel, Iran, Switzerland.

All cultural events in frame of Festival will be open for public - local residents and foreign guests.