Independence Day of Azerbaijan - A Story of a Rising Nation | Eurasia Diary - ednews.net

Independence Day of Azerbaijan - A Story of a Rising Nation 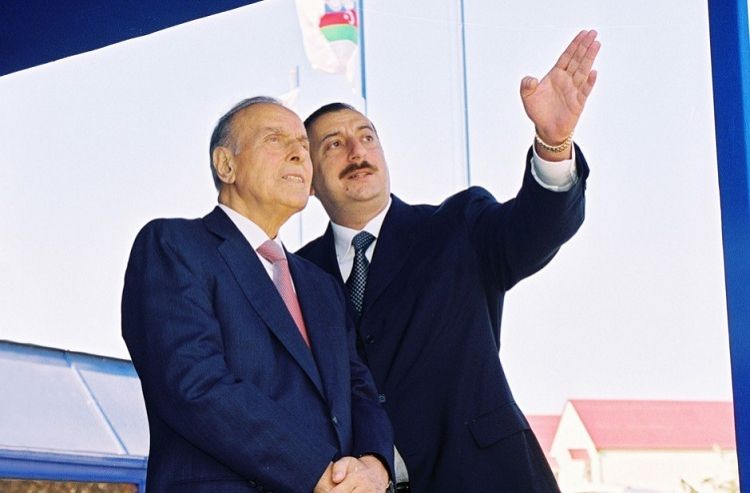 Going through the massacre of January 19–20, 1990, (which is also known as Black January), Azerbaijan achieved Independence on October 18, 1991.

History indicates that Independence is not granted rather it is achieved and this achievement needs sacrifices therefore Azerbaijani nation also went through a long series of sacrifices but never stopped less than of reclaiming freedom from Russian Imperialism.

Like any other former Soviet SSR, after Independence, Azerbaijan also went through economic strangulation, social disorder, worrisome law and order situation and collapse of administrative structure.

Situation remained unpleasant for next two years till October 1993, when remarkable leader Heydar Aliyev was elected as President and remained in his position till he last breaths.
Heydar Aliyev was known as a “Star” even during Soviet Era and was the only Azerbaijani who had served at very important posts in Soviet system because of his high level of management skills, hard work, clarity of mind and intellectual personality.

He was granted several honours and awards from former Soviet Union including Hero of Socialist Labour (twice 1979, 1983), Orders of Lenin Five times), Order of the October Revolution, Order of the Red Star, Order of the Patriotic War, 1st class, Medal “For Impeccable Service” Second Class (1959) and Medal “For Impeccable Service” First Class (1964). He was known as strongest Anti-Corruption force during Soviet era and his zero tolerance policy towards corruption earned him friends and foes and he was an icon and a fighter figure against corruption in the system.

He dedicated his life for his nation as President and believed that only balance foreign policy, commitment and celerity in administrative could pull Azerbaijan out of grave situation it was facing that time (1993).

He stiffly and aggressively executed his vision into reality after becoming President and consolidated his relations with all important powers including USA, EU, NATO countries, Russia, Council of Europe and United Nations.

How the prosperity was achieved in Azerbaijan?

Azerbaijan was surrounded by many threats when Heydar Aliyev took over the charge of the country that included constant war with Armenia, absence of national army, rule of unruly armed groups and fragile economy. However, he had some opportunities which include geopolitical positioning of Azerbaijan, oil industry, Caspian Sea trade and hardworking people. He (Aliyev) concentrated on opportunities and raised the country from ashes of war by adopting independent Foreign Policy which helped to showcase Azerbaijan as land of Investment for everybody on earth. Oil industry was marketed readily available product.

Oil for the People

The State Oil Fund was set up to use oil revenues efficiently for the interest of the people and the future of the country. Huge investment of money earned from oil industry was invested for construction of wide roads, solid bridges, settlements for refugees and internally displaced persons and social services including health care and education.

At this point, we can remember one idea national leader Heydar Aliyev articulated at his oath taking ceremony 26 years ago. Mentioning that the economy of the country had been totally destroyed and the situation of the people had deteriorated, Heydar Aliyev was saying wisely: Azerbaijan’s geographic and political location and natural resources allow the republic to get out of this heavy crisis.

President Heydar Aliyev died on December 2003 but built a solid foundation for future of his country.

In one of his speech, Heydar Aliyev said: Azerbaijan’s geographic and political location and natural resources allow the republic to get out of heavy crisis.
Once President Heydar Aliyev was asked what is his first dream now?”

“I HAVE NO DREAM EXCEPT PROSPERITY AND PEACE FOR MY PEOPLE. I HAVE DEDICATED ALL MY BEING AND ALL MY POWER AND CAPABILITIES TO THIS CAUSE”.

Vision of Heydar Aliyev was fortunately carried by his Successor President Ilham Aliyev who is serving the well-being of our people like his deceased father and developed Azerbaijan as one of the leading economies of the world.

Azerbaijan has turned into a rich and powerful state. According to international ratings, the Azerbaijani army is among the most powerful armies of the world today (at the time of Independence, Azerbaijan had no regular Army left) and World Bank recently included Azerbaijan in the list of the most reformist 20 countries in the world in its report.

Tourism has become second largest industry of Azerbaijan and Baku is right now in the list of top world destinations.

26 years are nothing if we talk about historic perspective of any country and the rise and development of Azerbaijan in last 26 years is an example for political philosophers and political scientists to understand how a nation can rise if it has honest and dedicated leadership. The article has originally been published in Dispatch News Desk News Agency.