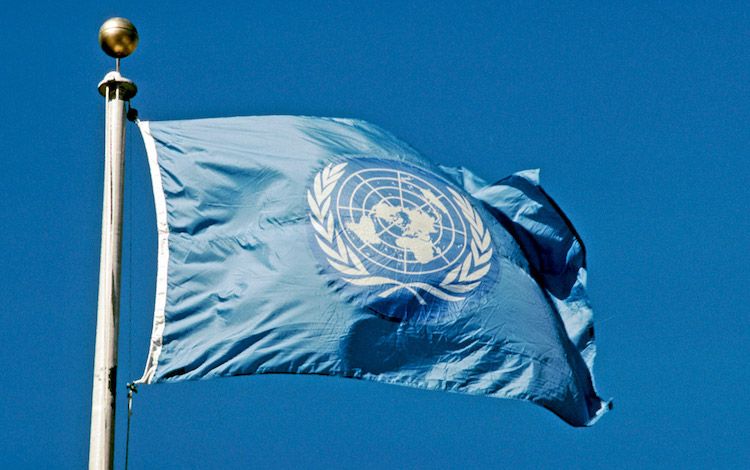 The United Nations Development Programme (UNDP) and the Ministry of Transport, Communications and High Technologies continue to strategically invest in innovations as they showcase high-tech solutions and give voice to fresh ideas at the second Innovation Week, the largest innovation event of the year taking place in Baku. Started last Friday with the ground-breaking National Final of the Idea to Business (I2B) startup competition, this year’s chapter of the Innovation Week will continue until 24 October, featuring a series of leading-edge and trendsetting events.

Following the I2B Final on 18 October, the second day of the InnoWeek saw a number of immersive robotics technologies and futuristic displays at the RoboDay and continued today with the Baku e-Trade Forum (BEF-2019), one of the most exciting events, internationally, that draws upon the future of e-commerce. The BEF is a two-day event that brings together close to 400 participants from around 30 countries to tackle issues around e-governance, automation of business processes, cybersecurity and international best practices in e-trading. The second day of the Baku e-Trade Forum tomorrow will offer a series of masterclasses and roundtable discussions jointly coordinated by the UN Development Programme and UNECE.  On 23 October, the Innovations Awards Gala evening will celebrate the achievements of national private companies, startups and influencers in advancing and promoting innovative solutions and developing some of the best trailblazing technology initiatives in 2018-2019.  The innovation Week will conclude with the Eurasia Innovation Day on 23 October and the Kaspersky Security Day on 24 October, the closing day of the InnoWeek.

The I2B National Final, the first and most critical event of the Innovation Week 2019, brought together over 50 young enthusiasts across 10 competing teams who won the Road to the I2B Final from among the total of 175 teams in 12 different regions of Azerbaijan –from Tovuz to Ganja, Zaqatala, Nakhchivan, Shaki, Sumqait, Mingachevir, Sabirabad, Goychay, Shamakhi, Lankaran and Baku. The “I2B” contest has created opportunities for the youth in these 12 regions to come together, network, brainstorm, exchange ideas and learn to pitch their business proposals, with support from experienced mentors. The first I2B initiative started in Azerbaijan in April 2018, when nationwide startup tours took place in the regions of Azerbaijan, aiming to sensitise the youth communities in rural parts of the country about the business opportunities laying ahead in the era of the Fourth Industrial Revolution.

The I2B tours in all the 12 regions offered a series of targeted training sessions to young participants of the I2B programme to advance their business development and management, financial planning, marketing and communications skills. Altogether, more than 2,000 young hopefuls learned how to design proposals and prototypes that are bankable and to build startups that can make social impact, advance technological progress and spur business growth.

The ten winning teams who made it to the Grand Final at the Heydar Aliyev Centre in Baku on 18 October 2019, were competing for three top prizes. Profiles of the competing teams varied. Some presented innovative mobile solutions that link those who need agricultural machinery with owners of such equipment. Others, like OSE-01, a team from Sabirabad presented a robotics solution to purify the underwater plastics and beat the climate change. A group from the Nakhchivan Autonomous Republic of Azerbaijan, for example, designed an online platform to connect working professionals from all fields of expertise and backgrounds to enhance and optimise business networking among people, particularly those living in the regions. Another team from Baku introduced a special Nano filtration system for the treatment of salt and waste water, using the smallest membranes.

The 1st place winner of the I2B Final is team Heal With, which utilises artificial intelligence to identify plant diseases and suitable treatment methods to cure them. The second winner is team Buqelemun, which offers a global student platform to connect youth from all over the world. Finally, the third place winner is team Palliativ Plus, a web application to help vulnerable social groups, including people from less favourable socioeconomic backgrounds, the elderly and people with disabilities.

The winning teams have received prize awards at the amount of 10,000 Azerbaijani manat[1] (AZN) for the first place, AZN 5,000 for the second place and AZN 2,000 for the third place. The I2B finalists also received additional prizes from supporters of the Innovation Week in Azerbaijan. The first place winner, team Heal With received a special award from the Innovation Agency. The leading mobile operator Azercell chose as their number one favourite an enthusiastic team from Ganja –the BioBone, which developed prototypes to produce organic fertilisers, particularly through the bone and blood processing of animal waste. Both Heal With and BioBone are also the alumni of the internationally acclaimed Green Business Ideas competition ClimateLaunchpad. Among other teams that received special recognition is PayPort, a team from Nakhchivan, with their innovative mobile application for online payments, including for utilities, internet charges, entertainment and travel and hospitality. The team was awarded with incentive prizes from Azerbaijan’s Data Processing Centre.

The Innovation Week continued on Saturday, 19 October by a RoboDay festival exhibiting a number of trendy robotics applications, including sporting heroes, Formula-1 simulators, drones and entertainment for kids. This week, the InnoWeek features a number of other high-profile events, including the Baku e-Trade Forum, the Innovation Award Ceremony, the Eurasia Innovation Day and the Kaspersky Security Day.

The first Innovation Week in Azerbaijan took place a year ago, in 2018, and brought forward the latest technological innovations along with a series of thought-provoking conferences, forums and competitions, top-notch innovation presentations and exhibitions, including a keynote speech from the world’s most notable artificial intelligence robot Sophia.