The loss of the four young men is extremely sad and we share grief of their families – British journalist
Read: 1875

Hubble captured a sculped galaxy that is moving away from us
Read: 446 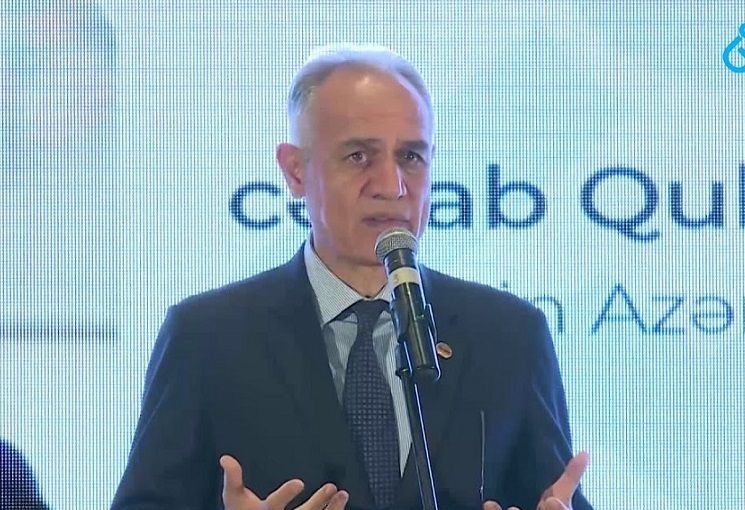 ‘SELIS’ the Electronic Citizen Programme aims to support all NGO projects to develop new ideas in Azerbaijan. In its acronymic meaning it is the ‘system for fast coordination and project management’ (SFCPM) of the council on state support to NGOs under the auspices of the President of the Republic of Azerbaijan. The programme also wins the special attention of the United Nations in in the country.

On 30 October a presentation of ‘SELIS’ was held in Baku with participation of the deputy and the Chairman of the Council for State Support to Non-Governmental Organizations under the President Azay Quliyev and the UN Residents Coordinator in Azerbaijan Ghulam Isaczai as well as the government officials and representatives of NGOs, Eurasia Diary reports.

At the end of the event the UN Residents Coordinator in Azerbaijan Ghulam Isaczai also gave a speech saying of the significance of such a programme to realise in Azerbaijan so far.

“Actually, when we saw this video as well as I heard the speech of Mr Azay Quliyev, I had a thought in my head that Azerbaijan necessarily needs UN support”, the UN representative said.

“With all these technologies and instruments to help us all to deliver social services, basic services, and also our collective efforts to invest in strengthening our civil society capacity to prepare with the proposals and to monitor the government services to bring accountability and transparency. And here again we offer our support to partner with the government and the NGO council to build those capacity, so, they can better utilise benefits from these instruments and technologies,” he added

At the end of his speech, the UN representative congratulated the NGO council under the chairmanship of Azay Quliyev for this fantastic initiative and hoped them to be able to receive the UN public service award the way that the Easy Service project did before.