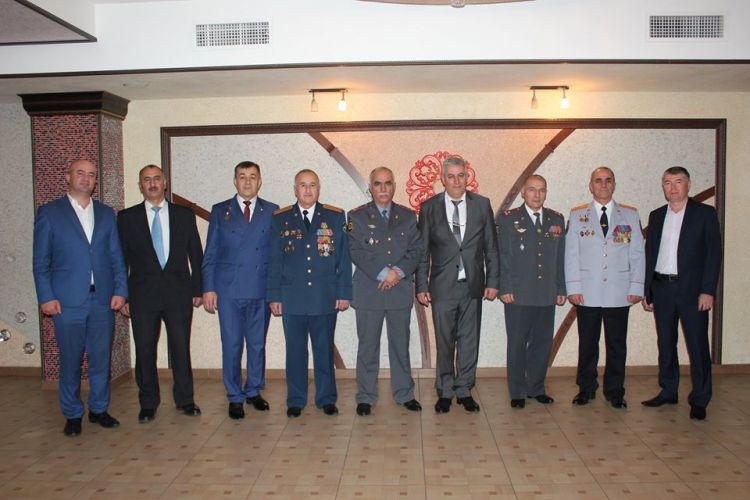 The Regional Public Organisation “Azerbaijan Public Centre of Udmurtia “DOSTLUG”, held a meeting with the staff of the Ministry of Internal Affairs of the Udmurt Republic and with participation of the labour veterans and representatives of other law enforcement agencies of the republic in izhevsk, Eurasia Diary reports citing press service of the Centre.
The Chairman of the Azerbaijan Public Centre of Udmurtia "DOSTLUG" Zulfigar Mirzaev made a welcoming speech, who informed the participants about accomplished works and the long-term plans of the diaspora. He noted that many representatives of the Azerbaijani diaspora not only successfully work in the field of medicine, education and sports, but also have high achievements in the field of law enforcement. Having congratulated the active personnel and labour veterans on their professional holiday for the Day of the Interior Ministry personnel, he also wished all police officers and their families a life with full of health and good spirits as well as success in their hard and responsible work.
The meeting continued with warm congratulation messages of a deputy of the City Duma of Izhevsk, deputy public organisation of the Joint-Stock Commercial Centre “DOSTLUG” Bahruz Gumbatov, head of the 1st police department (in the Leninsky district) of the Ministry of Internal Affairs of Izhevsk, police colonel Elshan Makhmudov, prosecutor of the Alnash district of the Udmurt Republic, Senior Adviser on Justice Ilgar Rustamov and others.
Special congratulations were addressed to the labour veterans of the Ministry of Internal Affairs, because for many years they formed the image of a worthy Soviet and then Russian policeman. It evokes genuine pride and respect of all Azerbaijanis in Udmurtia when looking back in their long-term and impeccable services in the internal affairs bodies and merits in strengthening the rule of law and security.
The veterans shared their experiences and memories of the service in the internal affairs bodies with the current officers. Among the participating veterans there were retired police colonel Nizami Sadikov, retired police colonel Eynulla Mustafayev, retired police colonel Shakhlar Mustafayev, retired justice colonel Gurban Eminov, retired police lieutenant-colonel, The Council of Deputies of the Pirogovskoye municipal formation of the Zavyalovsky district, Ilgar Dzhabrailov and other labour veterans. They advised and guided the active personnel to conscientiousness in performance of their duties, compliance with official discipline and the rule of law. They wished their colleagues health and success in work and foster a new generation of students being capable to effectively fight crime.