Armenia-Azerbaijan conflict must be resolved on the basis of the territorial integrity of Azerbaijan - President Ilham Aliyev
Read: 279

In 2018, Russia and Japan were closest to signing peace treaty
Read: 239 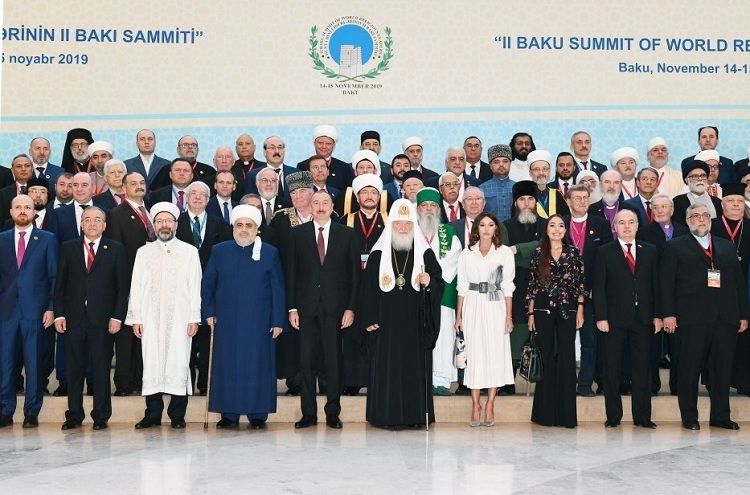 The participants of the 2nd Summit of World Religious Leaders called on the world community to contribute to the settlement of the Nagorno-Garabagh conflict, Eurasia Diary reports citing Report News Agency.

"We call on the international community to respect the norms and principles of international law, sovereignty, territorial integrity and inviolability of borders, to contribute to the settlement of conflicts in the Middle East, as well as the Nagorno-Karabakh conflict peacefully on the basis of the above - mentioned principles," the text of the Declaration reads.

The summit participants also call for practical efforts to prevent provocations and violence in all sacred temples of all religions: "We call for effective measures to prevent cases of linking terrorist acts with religion on the grounds of discrimination, xenophobia, Islamophobia, anti-Semitism and Christian phobia. We urge to regard any terrorist act committed under the guise of religion as a terrorist act against all religions, to prevent terrorists from trying to use the sacred values of religion in the name of their insidious goals."

The Second Summit of World Religious Leaders takes place in Baku on November 14-15. It is timed to the 70th anniversary of Chairman of the Caucasus Muslims Office, Sheikhulislam Allahshukur Pashazade, and the 40th anniversary of his tenure as CMO Chairman. About 200 leaders of traditional religions from different countries were invited to the summit.