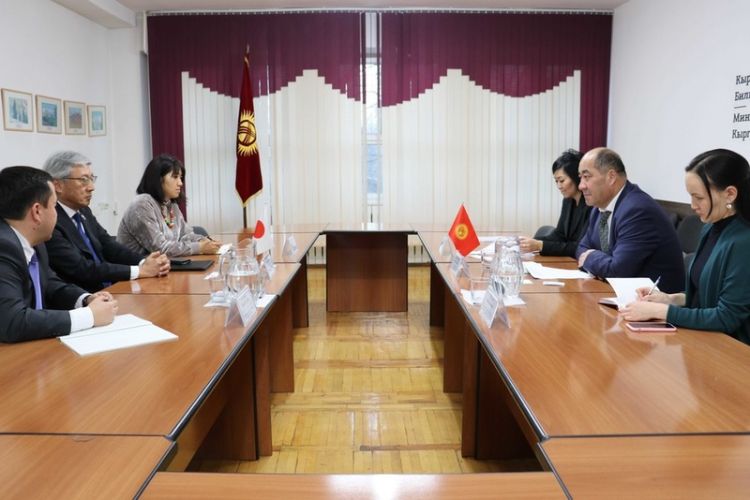 During the talks, the Ambassador said that the Japanese Embassy plans to further develop cooperation with the Ministry of Education and Science of Kyrgyzstan, in particular, on popularization of the Japanese language in the country.

Isakov said that the Ministry is focusing on multi-language education in schools and tries to imrpove learning the Japanese language.

The sides also discussed implementation of the Japanese grant program as part of which 11 various projects were supported over the past 5 years, including in the education and healthcare sectors.

The Minister proposed the Japanese side to consider the project proposal on resolution or problems with seismic resistancy of schools.