Russia will not let UNSC become toy in hands of US - Russian Diplomat
Read: 680 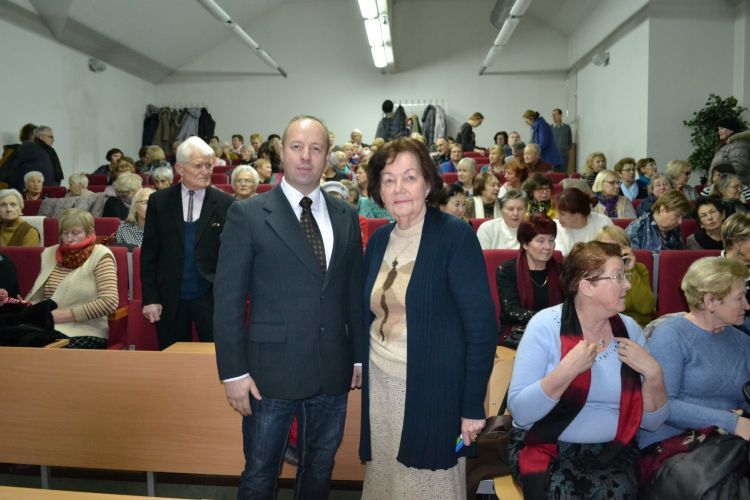 In the local hall of collegiums in Alytus, the large industrial city in Lithuania an event was dedicated to the memory of one of the most terrible tragedies of the twentieth century - Khojaly. The event was organised by the third generation university of the city of Alytus and the representative of the International Eurasia Press Fund in Lithuania, a military journalist, Ricardas Lapaitis. More than 200 people from this university attended such an important event. "Justice for Khojaly." It is also a great merit of the University’s director Yane Ingelevichine. The young singer Karolina Blazhevichyute performed patriotic songs in memory of the 613 residents of Khojaly who were killed during the tragedy.
The military journalist Richardas Lapaitis informed the Lithuanian community about the terrible fate of the civilians of Khojaly.
"When the armed detachments of Armenian nationalists attacked the city of Khojaly with the support of heavy artilleries, personnel of the 366th motorized rifle regiment of the former USSR stationed in the city of Khankendi and mercenaries from different countries under the command of the Kremlin's top leaders, they first blockaded the surroundings. Armenian nationalists demonstrated a distinguishing brutality. Of the 613 people killed in Khojaly, 106 were women, 63 were children and 70 were elderly people. According to Lapaitis, the worst fate was for those who were captured by the Armenian nationalists. The captured Azerbaijanis went through a real hell of humiliation and torments. The Memorial Human Rights Center, which managed to visit the places of prisoners of war, testifies to this.The main culprits of this inhuman operation are Zarvigorov-Oganov-Shaposhnikov, who agreed in January 1992, the rest was only a matter of time. At the event in Alytus, the world-famous documentary film by the Lithuanian director Alexandras Brokas “Endless Corridor” was also presented. The tape has already been shown in more than a hundred countries and in many film festivals and has received a number of nominations.
On January 21, another very important event was held in the National Library of Lithuania dedicated to the Bloody January events in Baku. In Vilnius, a film was shown entitled “JANUARY 20, 1990 AND MUGAMS”. The director of this film is Agne Martsinkevichute. She decided to shoot this film after reviewing the shots of Romas Dabrucas, which he shot 30 years ago, on that tragic night in Azerbaijan. Professor Vytautas Landsbergis emphasised that the history of Baku is also about Lithuanians. He said that at that time, we were in the same prison and wanted the same freedom!
The Ambassador of Azerbaijan to Lithuania Tamerlan Garayev spoke at the event in the national library, who thanked the director of the film and everyone who shot the tragic events in Baku and was able to save these shots. According to the Azerbaijani Ambassador: "Today we remember our defenders of freedom and the whole people mourn over the dead!" The event was attended by the chairman of the Azerbaijani community in Lithuania Mahir Gamzaev and other representatives of the diaspora. Lithuania has once again shown that in the most difficult moments for Azerbaijan it remained close by sharing grief and supporting the people of Azerbaijan.