" Now, Armenians have two choices: Either they accept the situation or leave the country " - Rovshan Ibrahimov
Read: 362

Defense Minister meets with the Commander of the peacekeeping forces deployed in the Nagorno-Karabakh region of Azerbaijan
Read: 261 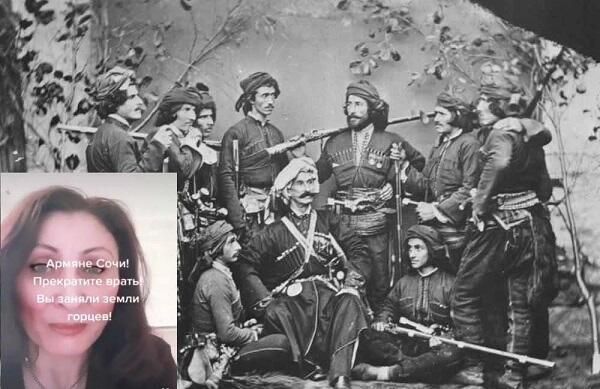 A video message from a woman living in the Russian city of Sochi, outraged by the greed of Armenians for other lands, has become popular on social media.

The woman says she is tired of hearing Armenians' territorial claims against other people's lands.
"The situation has reached the point where you can see the inscription 'Sochi is Armenian territory' everywhere. You already have a war with Muslims in Karabakh. You have 'managed' to occupy their territory. Now you will claim these lands owing to Gorbachev's settlement in Sochi." "You don't want to ask him to settle elsewhere, do you?" She said.