What does withdrawal of US troops from Iraq mean? - American military expert explains
Read: 693 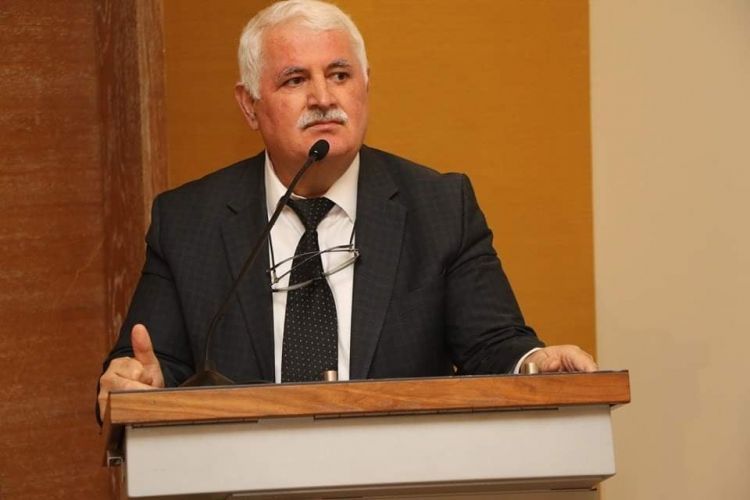 The European Union (EU) is ready to consider visa liberalization with Azerbaijan.

According to EDNews.net, The Commissioner for Neighbourhood and Enlargement  Oliver Varhelyi expressed this statements at a press conference after the video conference of the Eastern Partnership Foreign Ministers on June 11.

It should be noted that visa facilitation issues have been discussed between Azerbaijan and the European Union since 2014.

In an interview with EDNews.net, Umud Mirzayev, President of the International Eurasia Press Fund (IEPF) and Deputy Chairman of the Press Council, commented in detail on the statement made by EU Commissioner for Neighborhood and Enlargement:

"First of all, it is noteworthy to say that visa liberalization between Azerbaijan and the EU is a very significant and necessary issue. The solution of this issue is of great importance, especially in terms of bringing Azerbaijan's problems to the attention of the European community. It is known that in countries such as Italy, Hungary, Poland, many of our national issues, including the Nagorno-Karabakh conflict, are often voiced by both government officials and members of the public. "After the visa liberalization with the EU, other European countries can be added to this list, and the Azerbaijani lobby and diaspora in Europe can operate more successfully."

Umud Mirzayev also stressed that the relations between Europe and Azerbaijan have recently entered a high stage of development, which is due to the political decisions taken by the Azerbaijani government:

"Apart from Varhelyi's statement, many important decisions and statements have been made in favor of Azerbaijan in Europe recently. For example, on April 20, the Council of Europe and the EU stated that they did not recognize the so-called elections in Karabakh. At the same time, on June 11, the European Parliament (EP) rapporteur on Azerbaijan Zeljana Zovko, the rapporteur on Armenia Traian Basescu and the co-chair of the EP Parliamentary Cooperation Committee on Azerbaijan, Georgia and Armenia Maria Cagliurand issued a joint statement on road projects in Nagorno-Karabakh. I reminded that this is the first legal document adopted by the European Parliament on illegal activities in the occupied territories of Azerbaijan. The document also calls for the settlement of the Nagorno-Karabakh conflict within the internationally recognized borders of Azerbaijan. From this point of view, we can predict that positive decisions and statements on Azerbaijan will be voiced from Europe in the coming days. In general, the political and legal reforms implemented by President Ilham Aliyev since 2018, as well as the dialogue strategy with real opposition forces in the country, the election of opposition or neutral representatives to parliamentary committees and other steps taken by the government laid the groundwork to develop relations between Azerbaijan and Europe."