"It is impossible to imagine Shusha without Jidir Duzu, Azerbaijan without Shusha" - President Aliyev
Read: 256

Exclusive interview with the Head of the Representative Office of Rossotrudnichestvo in Azerbaijan - Irek Zinnurov - VIDEO
Read: 230 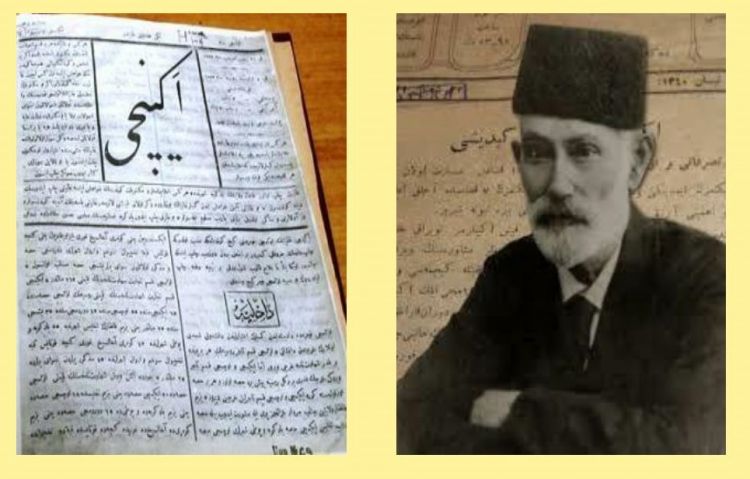 Today, Azerbaijan marks the 145th anniversary of the establishment of the national press.

The First Azerbaijani-language newspaper "Ekinchi" was founded by Hasan Bey Zardabi on July 22, 1875, and issued until September 1877 because of the censorship by the tsar during the Russo-Turkish War (1877–1878).

Although it had only 56 editions, it is considered a huge step in the development of the Azerbaijani press. Since 1880, this newspaper was published under the name Ziyayi-Qafqaziyye". After the publication of 104 issues, it was closed in 1884.

The censorship was lifted by the order of Heydar Aliyev of August 6, 1998. On April 3, 2009, the State Fund for Support of Mass Media Development under the President of Azerbaijan was established, which was an important step towards the development of a free press, strengthening the material and technical base of the media, improving the socio-economic status of journalists.

In 2013 and 2017, on the occasion of the National Press Day, Azerbaijani President Ilham Aliyev took part in the ceremony of distributing apartments in a house built for journalists. The head of state signed a decree on the construction of a third residential building for journalists in 2017.

EDNews.net congratulates all the colleagues on their professional holiday and wishes them success.