Article about Armenia's aggressive policy published in the UN magazines 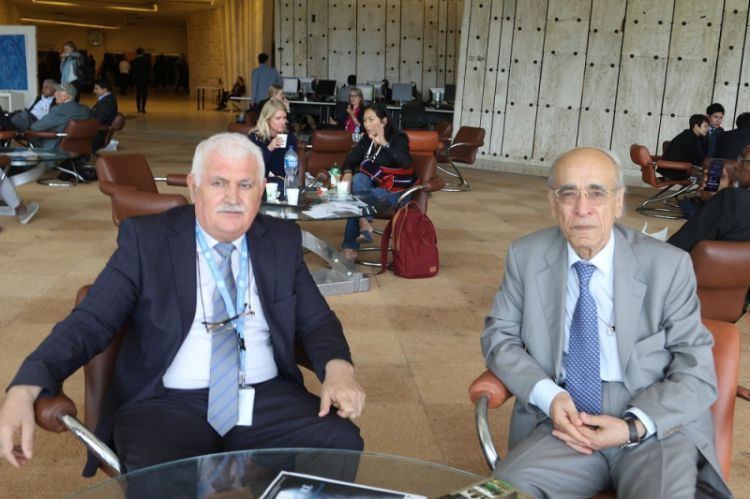 The article of an official representative of the International Eurasia Press Fund (IEPF) at the UN Human Rights Office in Geneva, Osman El-Hajje, revealing the facts of Armenia's aggression against Azerbaijan, was published in the Diva Diplomat and Global International Diplomat magazines. This was stated by the President of the IEPF Umud Mirzayev.
Global International Diplomat magazine has been published since 2002. It is an international magazine that expresses the views of diplomats, world celebrities, bankers, foreign ministers, international organizations, non-governmental organizations, businessmen and artists. The journal is published in English, Spanish and French in all UN offices, including Geneva, New York and Paris. The article published in the journal contains a legal analysis of the aggressive policy of Armenia towards Azerbaijan, disregard for the principles of international law, gross violations of the rights of refugees and internally displaced persons, ethnic cleansing. In his article, the IEPF representative also talks about the military provocation of Armenia in the Tovuz direction through the prism of a gross violation of international law and to appeal the international community, the UN Security Council not to remain silent.
http://internationaldiplomat.com/archives/4615 “I consider Armenia’s ignorance of the UN resolutions to be a flagrant violation of Articles 2 and 3 of the UN Charter, as well as the basic provisions of international Humanitarian Law and direct disrespect for the UN system,” he said. "It is the time for International Community and United Nation Security Council to press Armenia to act with the respect of International Law and Humanitarian Law", Osman El-Hajje said in a published article.

Osman El-Hajje has been representing the International Eurasia Press Fund, which has General Consultative Status with the UN ECOSOC, at the UN Geneva office for two years. Osman El-Hajje is a graduate Doctor in International Law from Geneva University and has a diploma from international high studied relations in Geneva. Previously, he  used to work as a professor at Jinan University in Tripoli/ Lebanon, and was a president of the University's human rights Centre. Moreover, Prof. El-Hajje was a member rapporteur from 1994 to 1997 of ONU's Sub-commission against discrimination and for protection of minorities. From 2009 to 2015 he was a Vice-Chaire of the Human rights Council' Working-Group against enforced disappearances. Osman El-Hajje is a Professor of International Law at the University of Geneva.
International Eurasia Press Fund
Press service