"Despite the ceasefire, the weapons did not stop" - IEPF President explains the latest situation - PHOTOS | Eurasia Diary - ednews.net

" Now, Armenians have two choices: Either they accept the situation or leave the country " - Rovshan Ibrahimov
Read: 344

"Despite the ceasefire, the weapons did not stop" - IEPF President explains the latest situation - PHOTOS 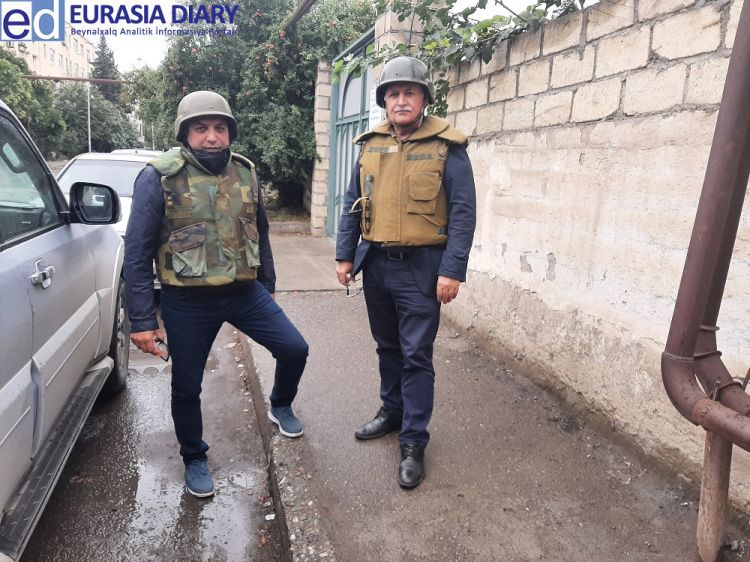 Despite a humanitarian ceasefire reached on October 10 with the participation of the foreign ministers of Azerbaijan, Armenia and Russia, Armenia continues to fire on Azerbaijani civilian settlements.

President of the International Eurasia Press Fund (IEPF) Umud Mirzayev has been in the damaged areas since the beginning of the war.

The IEPF President expressed his views on the scene to the analytical portal Eurasia Dairy.

Firstly, he noted that Armenia has not stopped its attacks on civilians by violating the ceasefire. 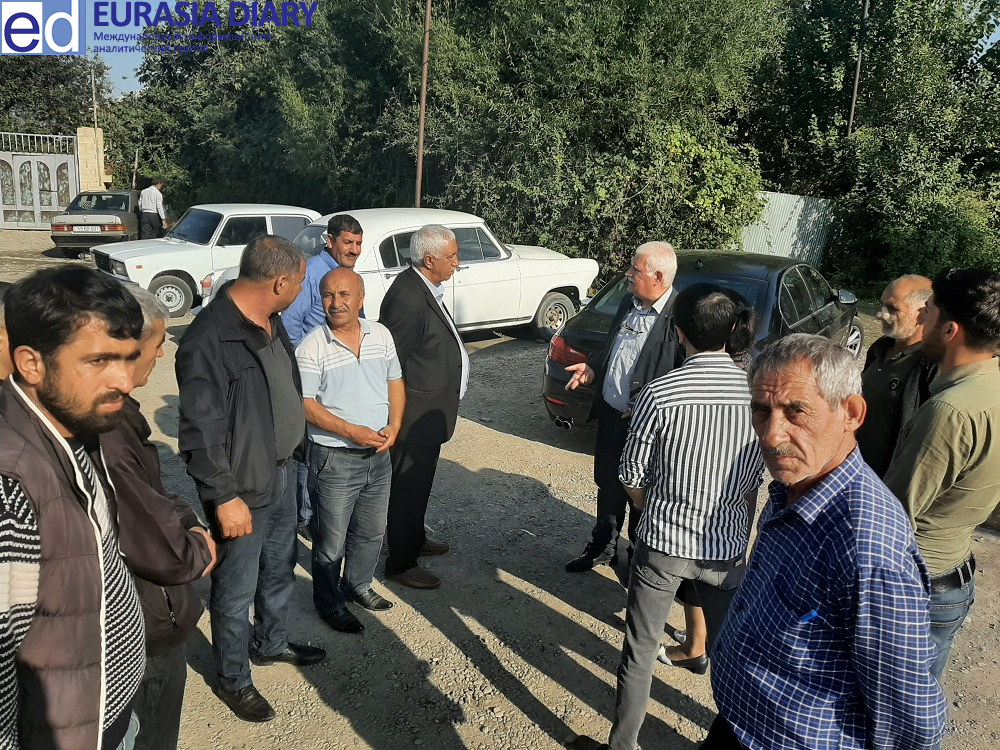 "Although the ceasefire was officially declared, the weapons did not remain silent. Aghdam, Agjabadi, Fuzuli, Tartar, Barda, Mingachevir and Ganja came under fire at night. Three days ago, a ballistic missile was fired at Ganja. "Elbrus" ballistic missile, with a range of about 450 meters, caused serious damage to the city."

The head of the IEPF said that most of the population in the damaged areas were evacuated from dangerous areas.

"The population of the main hitting areas has moved to other regions, for example, the vast majority of the population of Tartar is located in Barda. They are in public places, in the houses of civilians, they are helped there. "

It should be noted that there are shelters in these areas to get protection against shocks. However, Umud Mirzayev said that these areas are still dangerous.

Umud Mirzayev also touched upon the activities of our army and the great enthusiasm that exist.

"Our army has great enthusiasm and has succeeded in all directions. Armenia achieved a ceasefire by appealing to the international community and powerful states. On the other hand, they want to recapture the lands we liberated. In this case, our army responds to them with dignity. I believe that the Azerbaijani army will show its power, and the Azerbaijani people want the last inch of land to be liberated. "

"Of course, the international community and the media, especially in Russia and Europe, are trying to present us in a different way. We are trying to liberate our lands, but we are portrayed as an "aggressor." Imagine that our home was occupied by Armenian fighters and separatists and we were evicted. In addition, the conflict does not only cover Nagorno-Karabakh but also they claim the surrounding 7 regions of Nagorno-Karabakh." 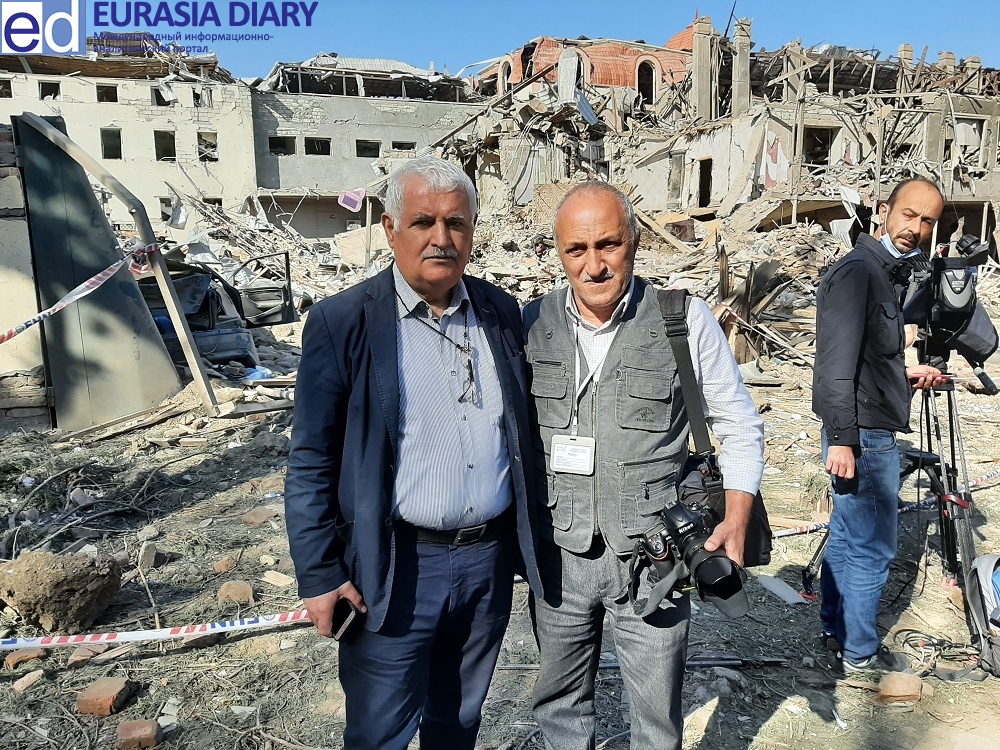 Noting that international media outlets such as CNN, BBC, Reuters, Al Jazeera and members of the media from Russia, Turkey and Ukraine operate in the damaged areas of the civilian population, the IEPF President stressed that Azerbaijan is advancing in the information war.

"Azerbaijan is already able to promote media propaganda at a higher level than in previous years. The statements made by the President of Azerbaijan to international media are also quite important. This greatly contributes to the strengthening of Azerbaijan's just position."

Umud Mirzayev complained about the silence of international organizations and a number of countries on the killing of civilians.

"Unfortunately, more than 40 civilians have been killed here, but international organizations are not visible. Despite being far from the battle zone, rockets are fired at Ganja, Mingachevir and other regions. In total, about 200 people were injured. However, Amnesty International has issued a statement supporting Armenia's aggression. This causes unfortunate in Azerbaijani civil society."

However, Umud Mirzayev also noted that some international organizations and a number of organizations support the just position of Azerbaijan and call on the resolution of the Nagorno-Karabakh conflict within the framework of Azerbaijan's territorial integrity on the basis of UN resolutions. 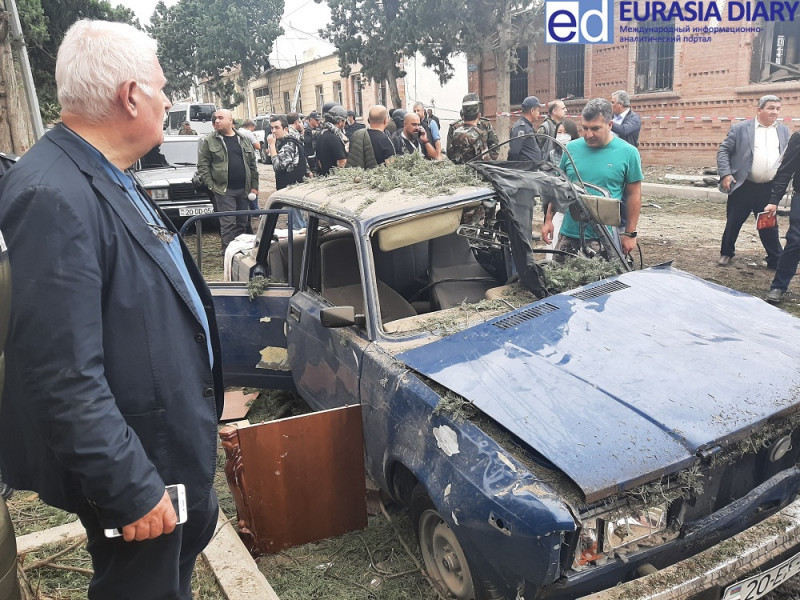 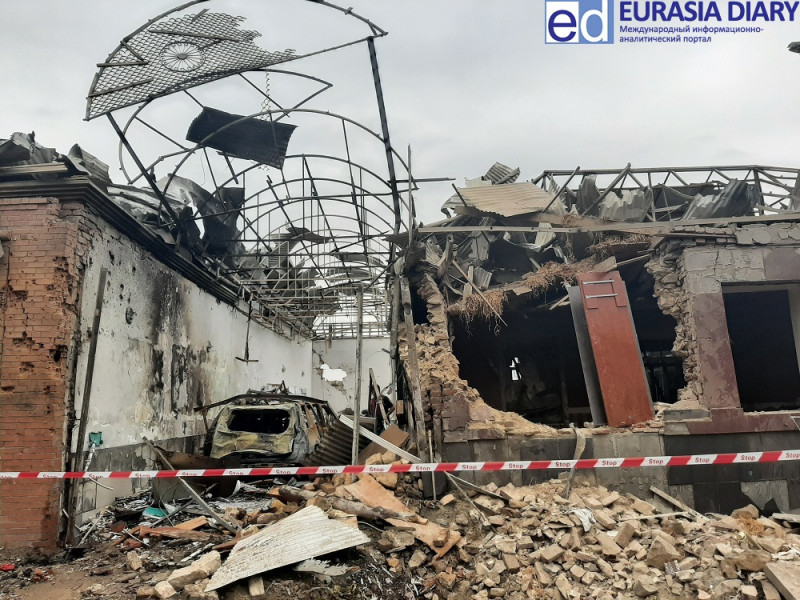 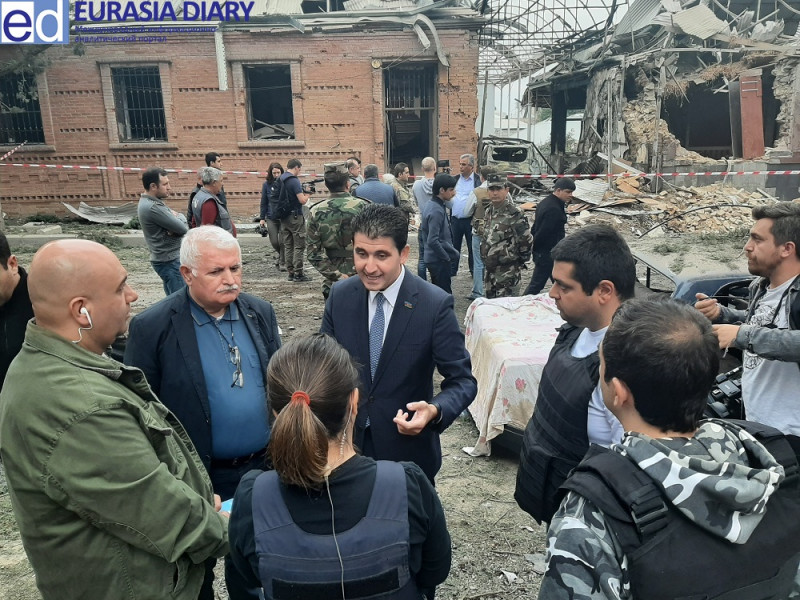 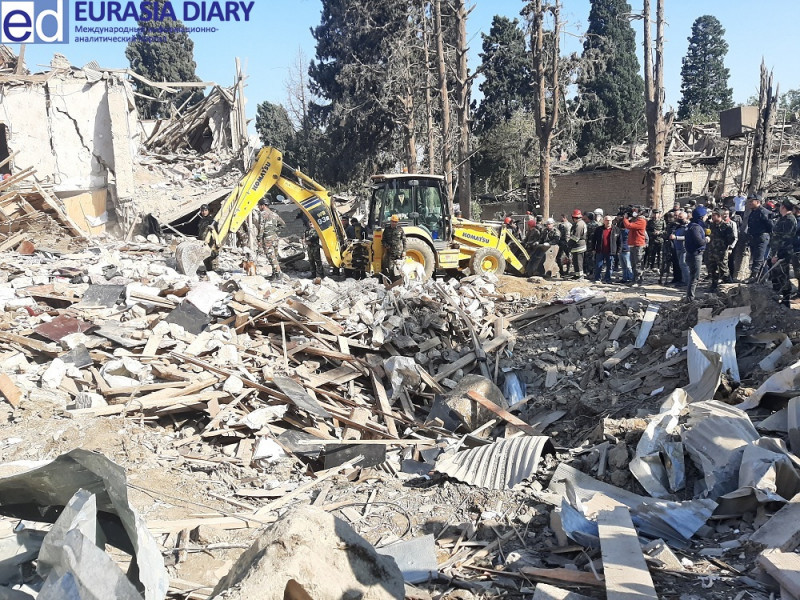 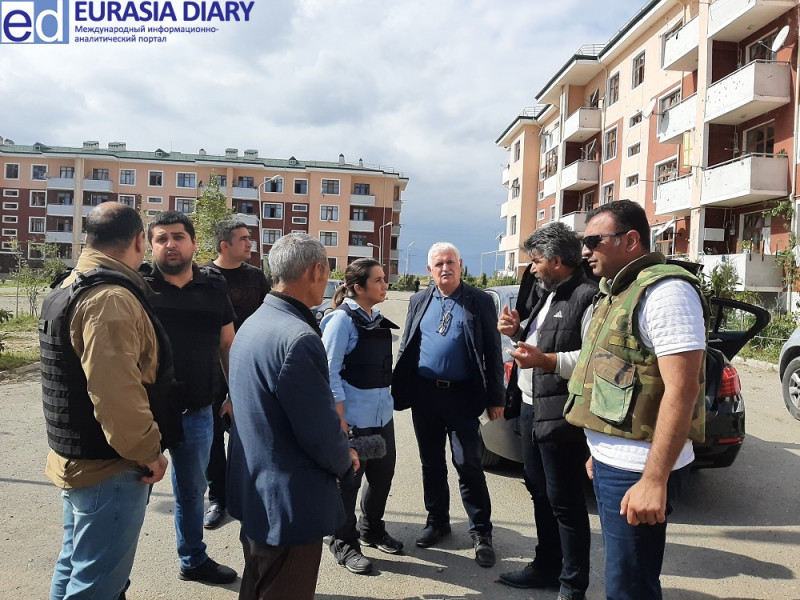 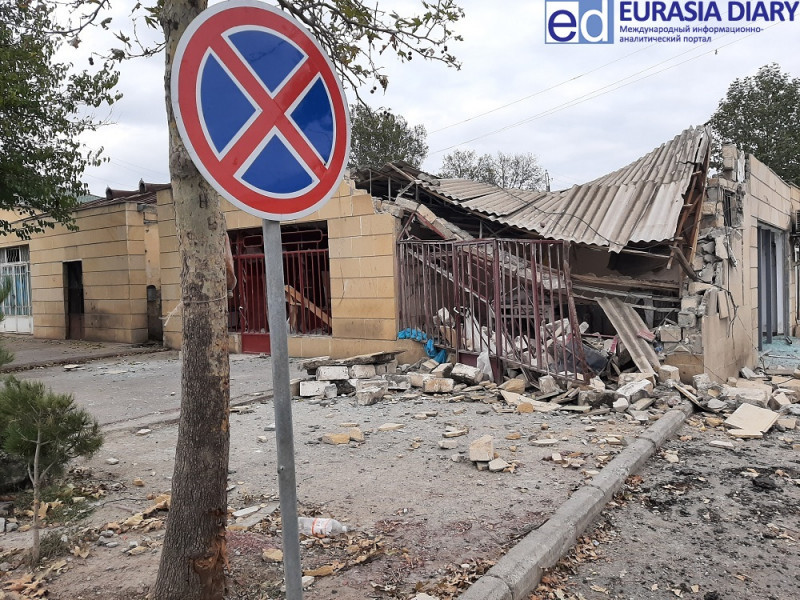 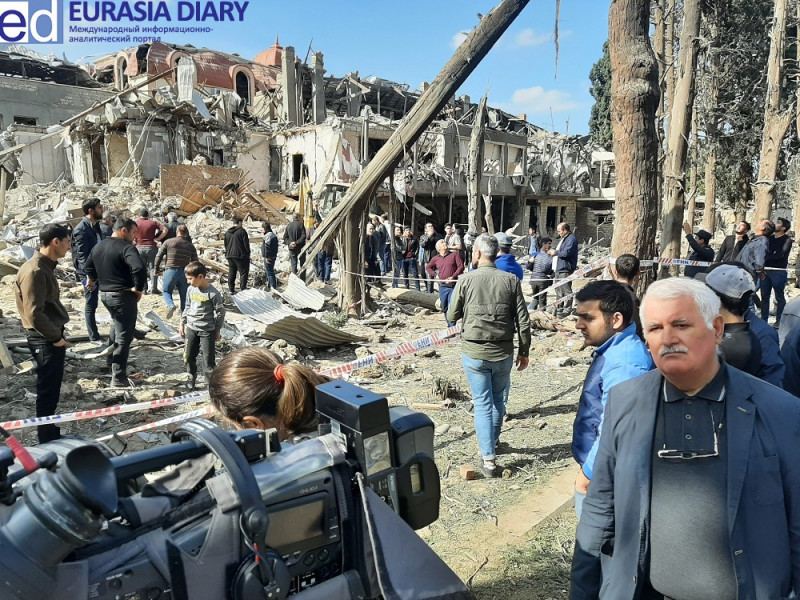