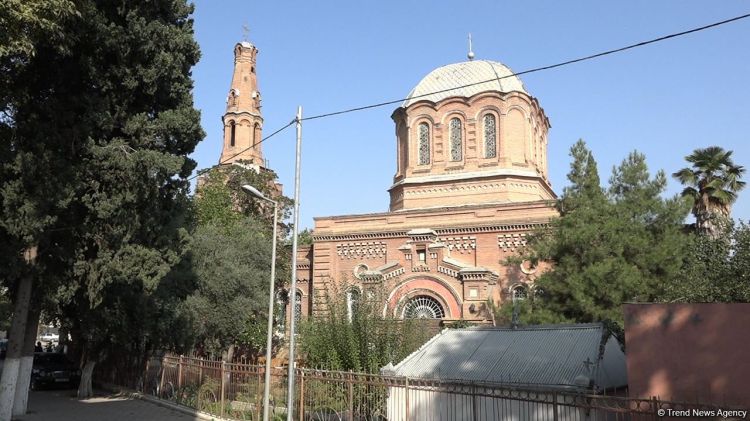 The Russian Orthodox Church in Ganja held a memorial service for civilians who were killed as a result of the recent terrorist attack of the Armenian army, Trend News Agency reports.

At the ceremony, prayers were read for the souls of the attack victims. The participants wished victory to the Azerbaijani army.

On October 11, 2020, at about 2:00 (GMT+4) Armenian armed forces fired missiles at multi-apartment residential buildings in the central part of Ganja, the second largest city of Azerbaijan, located outside the frontline zone.

According to the latest data, 10 civilians, including 4 women, were killed and over 30 civilians wounded.

The Armenian Armed Forces, flagrantly violating norms and principles of international law, the Geneva Conventions of 1949 and Additional Protocols to it, as well as the requirements of the humanitarian ceasefire declared on October 10th, continue to deliberately target the civilian population of Azerbaijan, and intensively bombard densely populated settlements.

Armenian Armed Forces launched a large-scale military attack on positions of the Azerbaijani army on the front line, using large-caliber weapons, mortars, and artillery on Sept. 27.

Azerbaijan responded with a counter-offensive along the entire front. As a result of retaliation, Azerbaijani troops liberated a number of territories previously occupied by Armenia, as well as take important, strategic heights under control.