“A hand grabbed my leg, I saw it was my daughter…” - our resident who suffered from the Armenian attack - PHOTOS | Eurasia Diary - ednews.net

“A hand grabbed my leg, I saw it was my daughter…” - our resident who suffered from the Armenian attack - PHOTOS

Armenian military groups continue firing on peaceful regions and villages of Azerbaijan. The scale of material and moral damage to civilian areas and facilities in particular, near the frontline is growing every day.

Eurasia Diary presents the story of Mais Mammadov, a resident of Beylagan, one of our citizens who suffered from enemy attacks.

Thus, as a result of heavy artillery fire by Armenians in Beylagan region on October 3, a large shell hit the yard of the house belonging to Mammadov Maisa, a resident of the region, an IDP. As a result of the accident, the yard was turned upside down and the house was completely shattered. Two members of the family, mother Zalova Yegana and daughter Mammadova Sevinj, as well as a mother next door, were injured while standing in the yard with their child.

According to Mais Mammadov, that evening his son and 19-year-old Charkaz were away from home. At that moment, he saw a shell was falling in the direction of his house. The father and son ran home. Residents turned off the lights in the houses after the explosion. He called his daughter and his wife as they ran anxiously through the rubble, but did not answer.

Mais says that at that moment a hand suddenly grabbed his leg and he saw that it was his daughter Sevinj. The father dug the ground with his hands under the light of the phone in the dark and saved his daughter. Later, he was able to pull his wife, Yegana, out of the ground, but she was suffocated due to lack of air, however it was possible to bring her back to life by artificial respiration.

At the time of the explosion, the mother and daughter were holding hands and fell to a depth of one metre in front of the house. The mother's legs and the girl's pelvis were broken. Soon an ambulance arrived and took them to the hospital. The injured are currently under medical supervision in Baku. The doctor advised Sevinj not to get out of bed for a month. Yegane is having her legs in plaster.

Mais and his son Charkaz were severely traumatized by the horror they saw. When they arrived, the house was completely destroyed and there were almost no traces of the house. The hole from the explosion was so deep that even water came out of the ground. 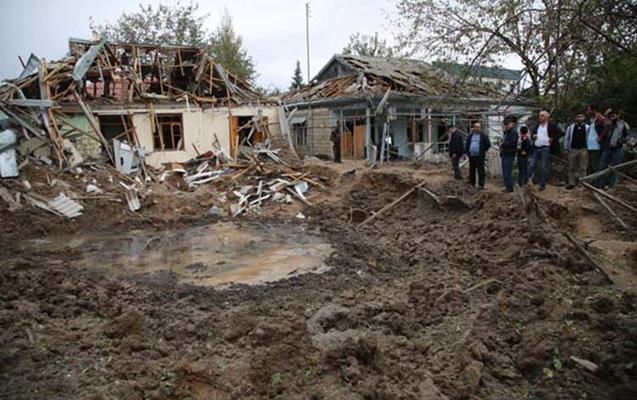 It should be noted that Mais Mammadov is a Karabakh veteran and has a physical disability. His wife Yegane is a teacher. Sevinj and her brother Charkaz are students. The social condition of the family is difficult. Sevinj currently lives in a rental apartment with her brother and aunt. The father and mother stay in a dormitory at another relative's house. Probably there will be support from the state.

Mais and Yegana are thankful that they are safe. Let's take into account that they are IDPs, and the successful operations of our army forget the pity of the destroyed house by returning them to their homes. Both of them said that may only the houses be destroyed but our army stay alive and our lands free from occupation.

The family of Mammadovs is originally from the Fizuli region. The news of Fuzuli's liberation gave them great joy in these stressful days. I believe that when all our occupied lands are saved from enemies, we will forget these events, as well as the events in Ganja. Hopefully, that day is not far away. I believe, we will soon be happy with the news of the complete victory of our army. 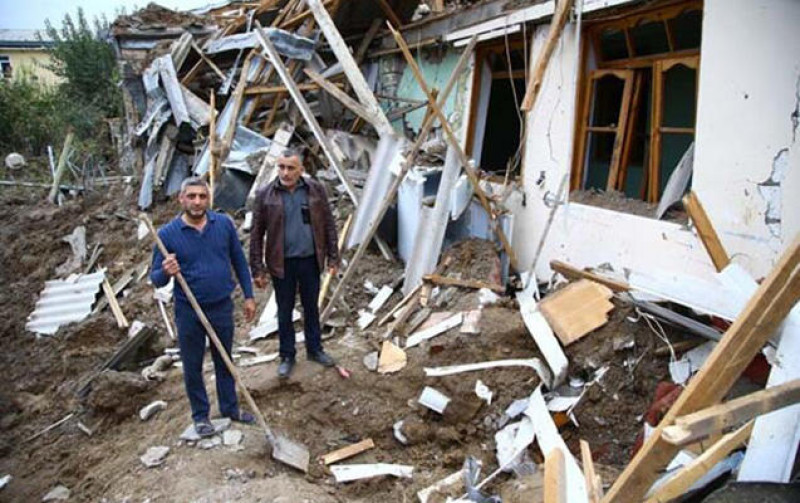 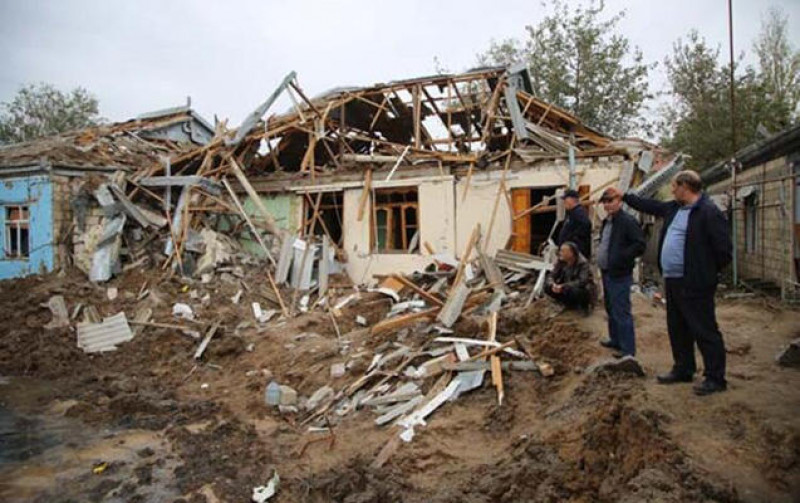 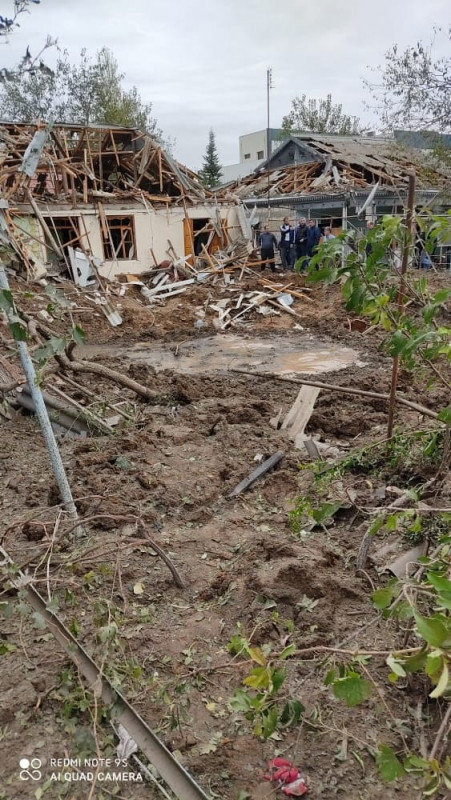