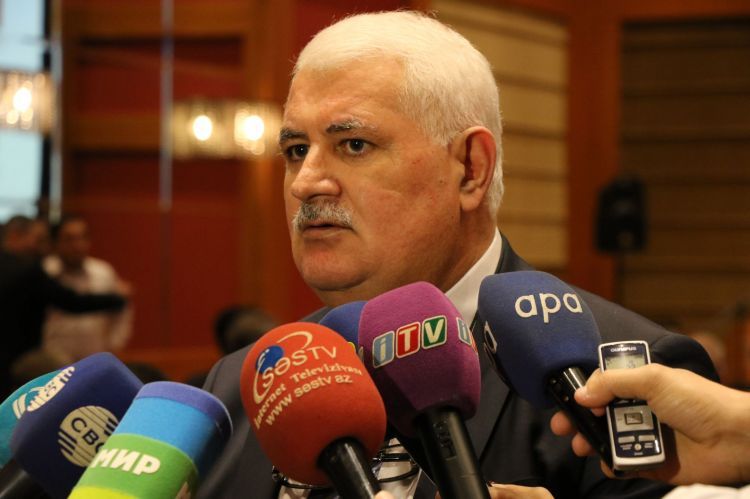 French TF1 correspondent Liseron Boudoul came under pressure for her report on the frontline in Karabakh. Members of the Armenian lobby have threatened L.Boudoul with death.

Armenia has been holding 20% ​​of Azerbaijan's lands under occupation for about 30 years. In this regard, the UN Security Council adopted four resolutions 822, 853, 874 and 884 in 1993, demanding the withdrawal of the occupying forces. Later, the relevant documents adopted by the European Union and the OSCE Minsk Group called for an end to the occupation. Over the years, Armenia has extended the time under the guise of negotiations, declaring not only the establishment of peace, but also the occupation of other Azerbaijani lands.

Azerbaijan has patiently tried to resolve the conflict peacefully, based on the path of negotiations. For 30 years, Azerbaijan has spoken peacefully, not with threats, but with Armenia's deconstructive position at the negotiation table. Unfortunately, Armenia has responded to Azerbaijan's calls for peace by killing civilians and making dangerous statements such as "Karabakh is Armenia." Armenian Defence Minister Davit Tonoyan has threatened Azerbaijan with a new occupation. Later, he provoked and killed a number of high-ranking servicemen of the Azerbaijani Army in the direction of Tovuz.

After all this, the Azerbaijani Army began to liberate the lands on its own to prevent the growing aggression of Armenia. Being unable to withstand Azerbaijan's successful operations, the enemy this time targeted the civilian population. The invading Armenian leadership launched rockets in Ganja, Mingachevir, Fizuli, Goranboy, Tartar, Khizi and even the Absheron peninsula, where the civilian population of Azerbaijan lives. Many civilians, including minors, were killed in the attacks.

The steps taken by Armenia and its behaviour are a gross violation of international humanitarian law and a serious threat to international security.

Armenia, which violates the law in wars, does not lag behind its own steps in the information war. Thus, due to a report prepared by Liseron Boudoul, a correspondent of the French TF1 channel, she faced serious pressure from members of the Armenian lobby in France. It should be noted that this report covers only 3-4 minutes, and Armenia does not want to tolerate even a small report. The journalist, who was filming in Azerbaijani settlements hit by the enemy, tried to convey to the world community the ruthless attacks of the Armenian side on the civilian population.

The French journalist filmed life in the civilian regions of Azerbaijan during the war. When watching the footage, we can witness the attacks of Armenia on civilian objects and the scale of the tragedy in Ganja. The shots in that video recording, which are clear evidence of the illegal actions of the Armenian regime against Azerbaijan, have caused serious concern by Armenia. Seeing that their notorious actions were exposed, the Armenian lobby and pro-Armenian forces, which supported the aggressive policy of the Armenian state, began to put pressure on the French TF1 employee Liseron Boudoul. As a result, they managed to delete the report.

The harassment of any journalist is a serious violation of freedom of speech and freedom of the press. Another important point is that, unfortunately, this event took place in France, one of the most developed countries in Europe and a member of the OSCE Minsk Group.

It should be noted that Liseron Boudoul also faced insults and death threats from the Armenian lobby. There is no doubt that the circles that openly support Armenia's aggressive policy are behind the threats posed by the reporter, who reports in full objectivity and in accordance with the rules of journalism.

The IEPF has called on international organizations that support freedom of speech and expression and human rights to strongly condemn the crackdown on the French TF1 correspondent Liseron Boudoul.