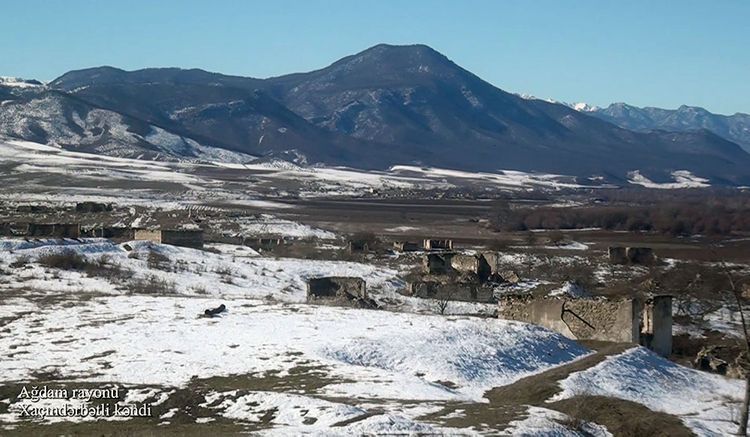 Azerbaijani Ministry of Defence has released video footage of the Khachinderbetli village of the Aghdam region.