At least 10 Azerbaijani soldiers sent to Turkey for treatment 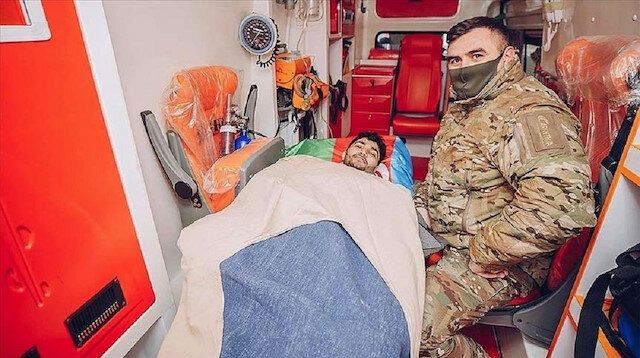 "Taking into account the opinion of doctors, treatment and rehabilitation process of our veterans will continue in Turkey," the YASAT Fund, an Azerbaijani foundation to support the wounded and families of the martyred, said in a statement.

The Fund will monitor their treatment until it is completed, it added. "May God heal our veterans!"

Earlier, three Azerbaijani soldiers were sent to Turkey for their medical care.

Last year, Azerbaijan liberated Nagorno-Karabakh and other settlements from Armenia, which had occupied the landlocked region in South Caucasus for nearly three decades.

Ankara supported Baku throughout the 44-day-long clashes, which ended after a Moscow-brokered cease-fire on Nov. 10, 2020.

At least 2,855 of its soldiers were martyred and 1,245 injured. There are differing claims about the number of casualties on the Armenian side, which, sources and officials say, could be up to 5,000.