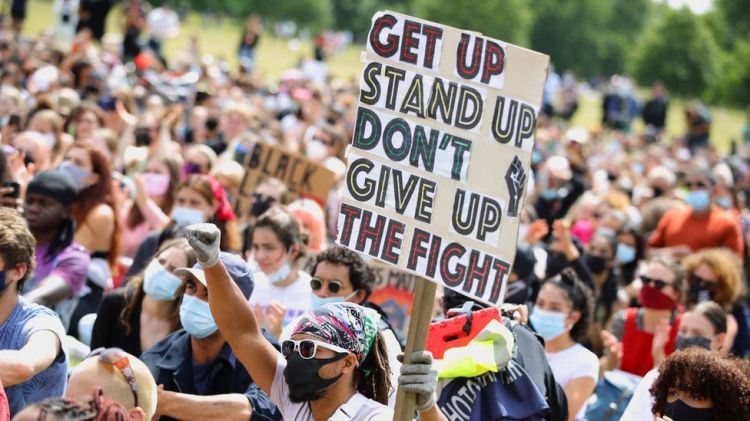 The United Nations working group on people of African descent criticised the report's conclusion on institutional racism, calling it "an attempt to normalise white supremacy".
A row erupted last month after the Commission on Race and Ethnic Disparities published its report.
The publication said the UK "no longer" had a system rigged against minorities.
And it concluded family structure and social class had a bigger impact than race on how people's lives turned out.
But the government commissioned report was accused of ignoring black and ethnic minority people's concerns and downplaying institutional racism.
Commission member Samir Shah later said the commission did not believe there was no institutional racism in Britain, but said the term had become "divisive".
The UN working group - made up of five human rights experts - released a statement on Monday, saying it "categorically rejects and condemns the analysis and findings" of the report.
They said the publication "blamed single parents for poor outcomes" and had concluded racism was "either a product of the imagination of people of African descent or of discrete, individualised incidents" - ignoring "the pervasive role that the social construction of race was designed to play in society".
The group accused the Commission of "openly blaming identity politics" for issues around race in the UK, adding: "[It] attempts to delegitimise data grounded in lived experience while also shifting the blame for the impacts of racism to the people most impacted by it."
It pointed to its own study of the UK in 2012, saying the "reality" was people of African descent in the country "continue to experience poor economic, social, and health outcomes at vastly disproportionate rates in the UK" - in areas like unemployment, low-paid work and discriminatory recruitment.
But it said last month's report was "a tone-deaf attempt at rejecting the lived realities of people of African descent and other ethnic minorities in the UK".