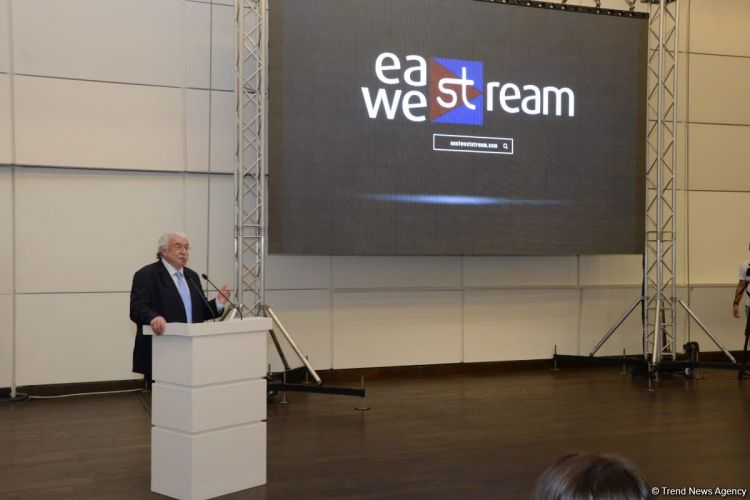 Journalism in USSR republics was at high level, including in Azerbaijan, First Deputy Director General of TASS Mikhail Gusman stated, media reports.
Gusman made the remark during the presentation of the Eastweststream.com media platform, the joint project of Trend News Agency and TASS.
According to him, journalism in Azerbaijan has always educated the public both in their native, Azerbaijani, and in Russian language.
"Today we are glad to say that Azerbaijani websites are read not only within the country, but also abroad," he noted.
Besides, the deputy director general noted that the Russian language is treated with respect in Azerbaijan, and this was initiated by the national leader of the Azerbaijani people, Heydar Aliyev.
“The same policy was continued by his son, Azerbaijani President Ilham Aliyev,” he further said.
"Today's event is the great day of journalism in Azerbaijan. Our countries are connected with a deep historical heritage, and we’ll always be close to each other,"Gusman said.