"The Iran-Georgia border issue should not be exaggerated" - Victor Kipiani
Read: 328

Azerbaijan, Turkey and Pakistan will continue to strengthen the partnership in defence and security - Ambassador
Read: 326 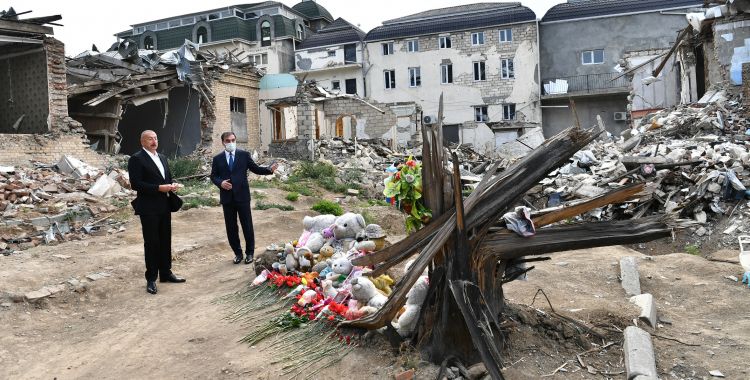 President of the Republic of Azerbaijan Ilham Aliyev has arrived in the city of Ganja as part of his visit to the western part of the country.

The head of state viewed the crime scenes caused by Armenia's irresponsible missile attacks against innocent civilians and energy infrastructure.

After familiarizing himself with the traces of Armenian fascism, President Ilham Aliyev laid flowers around the completely destroyed residential buildings as a sign of respect for the memory of the killed civilians.