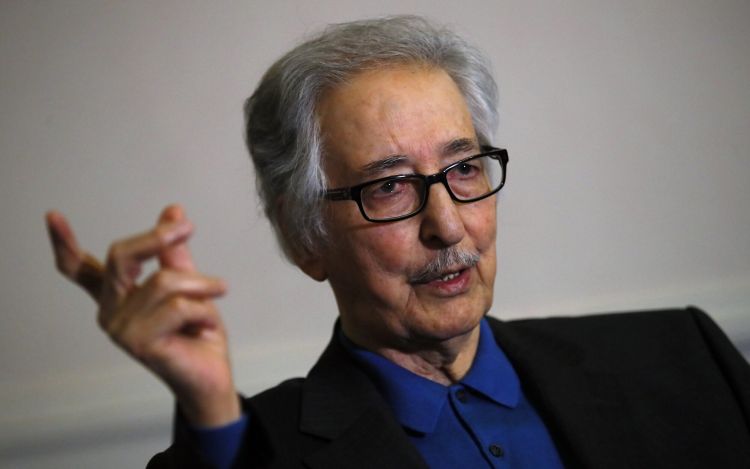 The first president elected in Iran following its historic 1979 Islamic Revolution died on Saturday at the age of 88 years old, family reported on his official website, according to Reuters.
Former Iranian President Abolhassan Bani-Sadr died in Paris’s Pitie-Salpetriere hospital, according to the website. The former president's cause of death was not immediately available.
Bani-Sadr had spent decades in Paris after he was pushed out of the presidency — a position he had only held for less than a year and a half, The Associated Press reported.
After garnering over three-fourths of the vote during the country’s presidential elections, he took office in February 1980, according to Reuters.
Bani-Sadr's father was an ayatollah, a position considered the top rank for a cleric for Shiite Muslims. The former president had big hopes for the country following the revolution which succeeded the rule of Shah Mohammad Reza Pahlavi, the AP noted.
“We are going to create a new order in which deprived people will not always be deprived,” Bani-Sadr said during  his inaugural address, according to the AP.
The Iran Revolution was ignited for several reasons including political repression under the Shah and economic turmoil amid higher inflation.
However, relations between Supreme Leader Ayatollah Ruhollah Khomeini and Bani-Sadr soured. Bani-Sadr was opposed to radical factions of clergymen and attacked the Islamic Republican Party, an organization led by radical clergy members.
The former Iranian leader tried to give important positions to liberal individuals not associated with the clergy, according to Reuters.
However, tensions reached a boiling point when Iran’s parliament impeached him in the summer of 1981, an action taken with the blessing of Khomeini. Afterward, Bani-Sadr left for France.
Bani-Sadr once said of Khomeini, “I was like a child watching my father slowly turn into an alcoholic,” according to the AP.
The former president blasted the Supreme Leader, say that he “bears heavy responsibility for the appalling disaster that has befallen the country.”