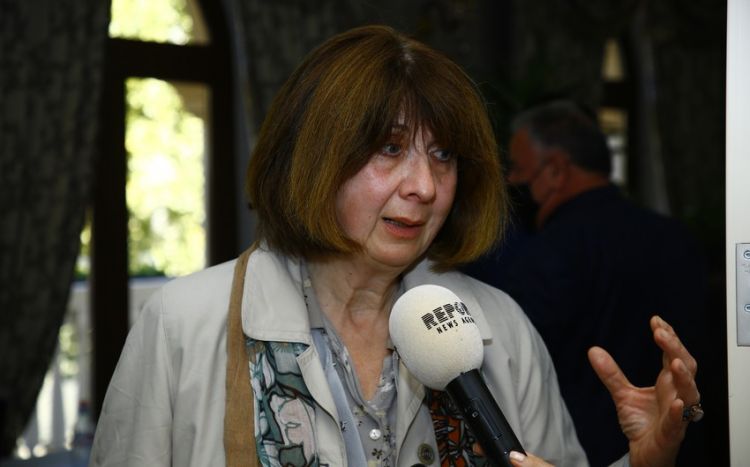 "There may be several reasons for the decrease in the number of Azerbaijani-language schools in Georgia. These reasons include leaving the country, changing the place of residence from village to city and sending children to Georgian-language schools,” Despine Koiava, representative of the Ministry of Education and Science of Georgia, an expert on the languages of ethnic minorities, Eurasia Diary reports citing Report News Agency.

In her opinion, in some Azerbaijani-language schools, children's expectations are met and they learn the Georgian language: “But in most cases, there is no positive dynamics, and as a result, pupils cannot learn Georgian. Therefore, our goal is to teach kids the state language along with their native tongue at kindergartens. That is, children will be involved in bilingual education from kindergarten, which will provide greater opportunities for their future integration into civil society. I want to note that bilinguals can develop their skills more than monolinguals.

The expert also assessed the "1+4" program used for the admission of ethnicities to Georgian universities. She called the program a success: “Previously, this program was created for the transition period to teach the Georgian language. This will be gradually eliminated after the introduction of bilingual education in all grades of secondary schools. In the future, pupils finishing the 12th grade will not need intermediate education at universities to learn Georgian. So, they will know the state language completely.”

Four schools with Azerbaijani language of instruction have been closed in the last two years in the neighboring country. In the 2021-2022 academic year, the number of Azerbaijani-language educational institutions in Georgia totals 116.

The implementation of the '1+4' program in Georgia began in 2010. According to the program, entrants take a general knowledge test in Azerbaijani, Armenian and Ossetian languages. Students admitted to the university study Georgian for a year and then have the opportunity to study for a bachelor's degree in the specialty of their choices.