Macron's opponents have said he is 'unworthy' to serve as president 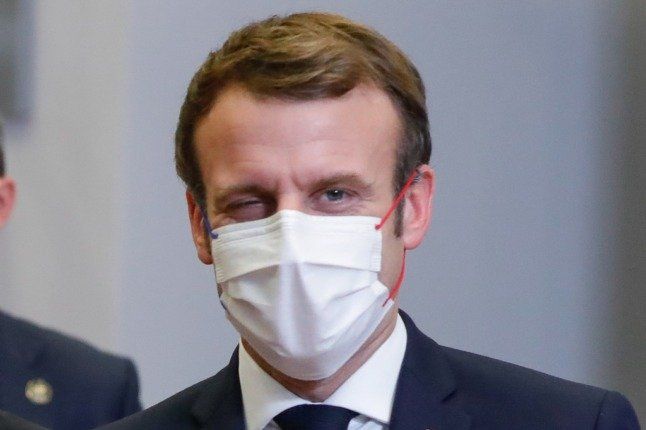 French President Emmanuel Macron faced significant criticism for his comments claiming that he would like to "piss off" unvaccinated individuals.
Macron spoke candidly during an interview with French newspaper Le Parisien, during which he said that he wanted to make life difficult for individuals who have not received a COVID-19 vaccine. The French "sanitary pass" has prompted a number of protests and stiff opposition while the country nears 75% full vaccination.
"I really want to piss them off, and we'll carry on doing this - to the end," Macron said three months ahead of a presidential election. "I won't send [unvaccinated people] to prison, so we need to tell them, from 15 January, you will no longer be able to go to the restaurant. You will no longer be able to go for a coffee, you will no longer be able to go to the theatre. You will no longer be able to go to the cinema."
The French Parliament heard Macron’s comments during a debate over his proposed bill to tighten restrictions for unvaccinated individuals, leading to a swift and strong uproar in response.
"Even if one doesn’t share their choice, they have broken none of our country’s laws," Marine Le Pen, Macron’s chief opponent in the upcoming election, told reporters late Tuesday. "He is continuing his policy of division, of pitting the French against one another."
She later tweeted "A president shouldn’t say that…Emmanuel Macron is unworthy of his office."
Leftist politician Jean-Luc Melanchon described the remarks as an "astonishing confession," according to the BBC.
But Macron’s allies have defended the comments, with Stéphane Séjourné, a member of the European Parliament, arguing on Twitter that unvaccinated individuals have "bothered" the French by "forcing the rest of the population to endure restrictions."
Debate over Macron’s bill continue into Wednesday as opponents still seek to delay its passage. Some of his supporters claimed to have received death threats because they are backing the legislation, The New York Times reported.