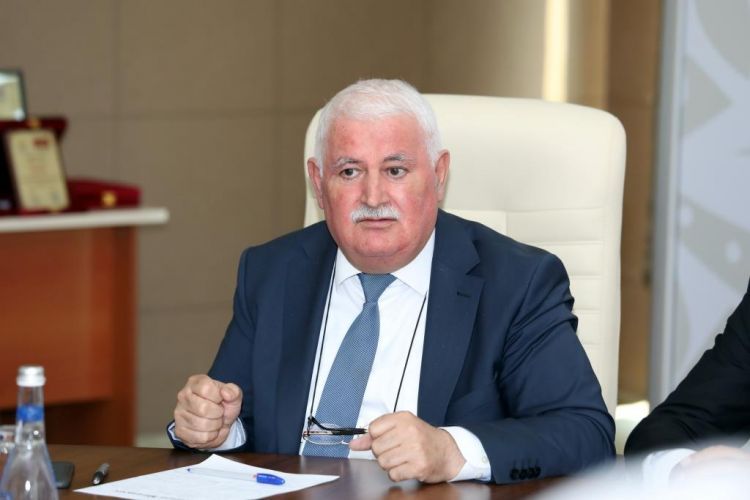 Deputy Chairman of the Press Council, President of the International Eurasia Press Fund Umud Mirzayev has spoken about the ban on some Azerbaijani news portals in the territory of the Russian Federation.

He commented on this on the Facebook, Ednews reports.

"Today, as the heads of Azerbaijani media organizations, we made a statement and demonstrated our position on the blocking of a number of Azerbaijani media outlets in Russia by the Russian Federal Service for Control over Communications, Information Technologies and Mass Media (Roskomnadzor)," he said. .

According to Mirzayev, Roskomnadzor's blocking of Russian-language media outlets is a restriction not only on Azerbaijan, but also on independent, free media around the world.

"Representatives of the free media have already voted for us. However, I think I should have shared on my social media account, which surpassed the media in the news flow, and I did! So, I call on our friends to show solidarity! ”

In the end, Deputy Chairman of the Press Council Umud Mirzayev concluded his remarks with these words.

"At the same time, we appeal to the international media community to show solidarity in order to stop Russia's wrong, anti-democratic steps." 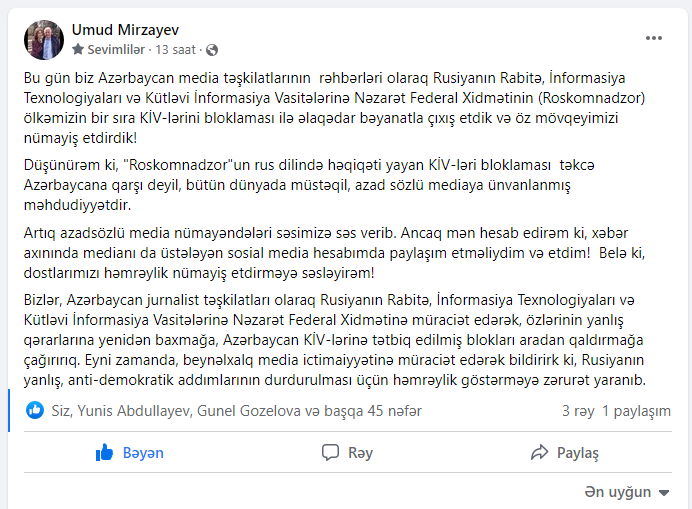