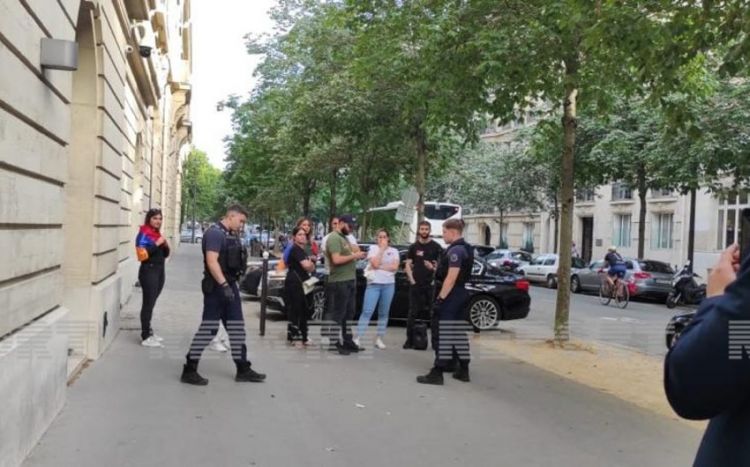 A group of Armenians has attacked the Cultural Center of the Azerbaijani Embassy in Paris, Report informs.

The Armenians tried to disrupt the screening of the film “The Road Leading to Karabakh” in Paris.

They chanted provocative slogans about Shusha, including about Karabakh. The provocateurs protested to the Ere TV channel, which organized the filming and screening of the film “The Road Leading to Karabakh.”

As a result of the attack, Ayten Muradova, vice-president of the Franco-Azerbaijani Dialogue Association, was injured.

The police arrived at the scene and prevented the provocation.