Azerbaijan's mine problem discussed at the international festival held in the USA - PHOTOS - ednews.net 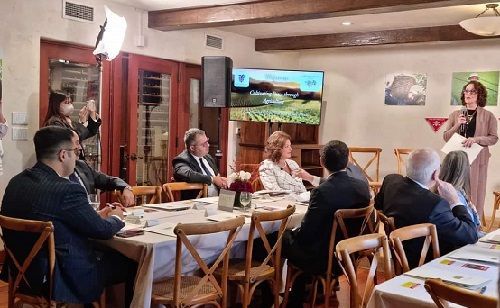 On December 2-3, 2022, "The Festival of the Bells for Peace" was held by "Roots of Peace", one of the world's leading humanitarian organizations, in Napa Valley, California.
According to Ednews, the event was attended by Khazar Ibrahim, Ambassador Extraordinary and Plenipotentiary of the Republic of Azerbaijan to the United States, Ramil Azizov, Chief of International Relations Risk Education and Media Department at the Azerbaijan National Agency for Mine Action (ANAMA), and Umud Mirzayev, President of the International Eurasia Press Fund, Chairman of the Public Council under ANAMA. Representing Azerbaijan, they participated in panel discussions.
The "Festival of the Bells" is an international event dedicated to raising funds for demining dangerous areas and for the reconstruction and rehabilitation of war-affected regions.
Heidi Kuhn, the founder and head of the "Roots of Peace" humanitarian organization, who delivered the opening speech, emphasized that more than 30 million landmines have been buried in 30 countries around the world, and this seriously affects people's safety. She also touched on the massively mined territories of Azerbaijan. She said that in March of this year, with the invitation of IEPF and the support of ANAMA, she visited the territories freed from occupation within the framework of a visit to Azerbaijan, she saw with her own eyes the high level of contamination by landmines and called on the international community to support in this field.
After the speech, a video prepared by IEPF was presented, reflecting Heidi Kuhn's visit to Karabakh, her impressions, the cruel and bitter reality caused by mines, and her call for joint cooperation to replace mined areas with vineyards for the sake of the safety of future generations.
Speaking at the first panel, the speakers, diplomat Kenneth Quinn, ambassador Khazar Ibrahim, Ramil Azizov, and Rotary club representative Sehab Elavar, discussed Azerbaijan's landmine problem and international support for its solution.
Speaking at the first panel discussion, the Azerbaijani delegation noted that the liberated territories are among the top three in the world in terms of mine contamination, and according to current estimates, more than 1.5 million mines have been buried in the liberated territories. He emphasized that the current landmine problem is a serious obstacle to the ongoing restoration and reconstruction works and the return of former IDPs to their lands, as well as the importance of attracting international resources in the field of ensuring stability and lasting peace in the region. He also informed about the number of mine victims and the activities carried out by the Agency in the direction of combating the mine threat.
The event continued with the speeches of relevant representatives from the USA, Colombia, Japan, Ukraine, Belarus, Croatia, Lebanon and Laos about the danger of mines and the consequences caused by mines.
At the festival "From Mines to Vineyards for Peace, a global call" was made by the delegation of Azerbaijan to start the implementation of the project "Mines to Vines" in Karabakh. Within the framework of the festival, the activities of ANAMA, the humanitarian work carried out by IEPF, as well as the stand consisting of printed materials reflecting the history and culture of Azerbaijan attracted the interest of the participating representatives.
It should be noted that the initiative of Heidi Kuhn, the founder and CEO of the "Roots of Peace" humanitarian organization, to destroy mines around the world and turn minefields into vineyards and orchards, has had great effects in the lives of millions of people. The idea of "Mines to Vines", which was started in order to sow seeds of peace in war zones, is successfully implemented in different countries of the world today.
ABC7, the main media supporter of the two-day event, regularly aired live broadcasts, interviews and special reports. 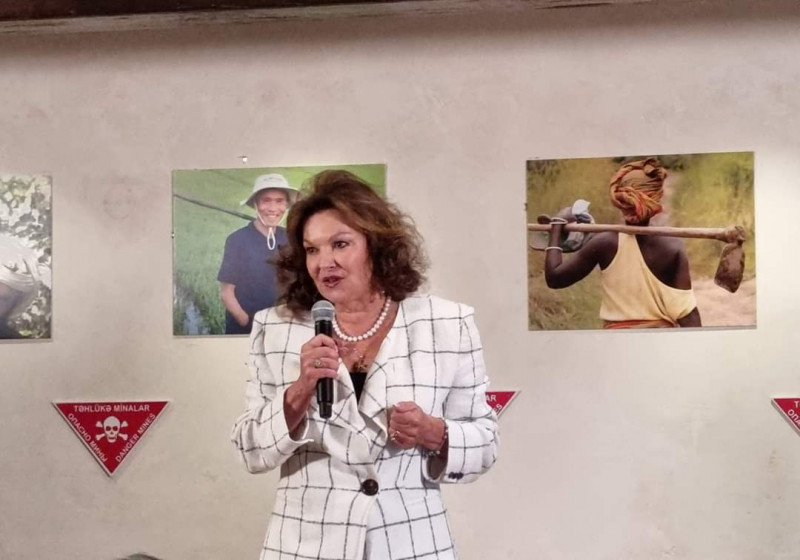 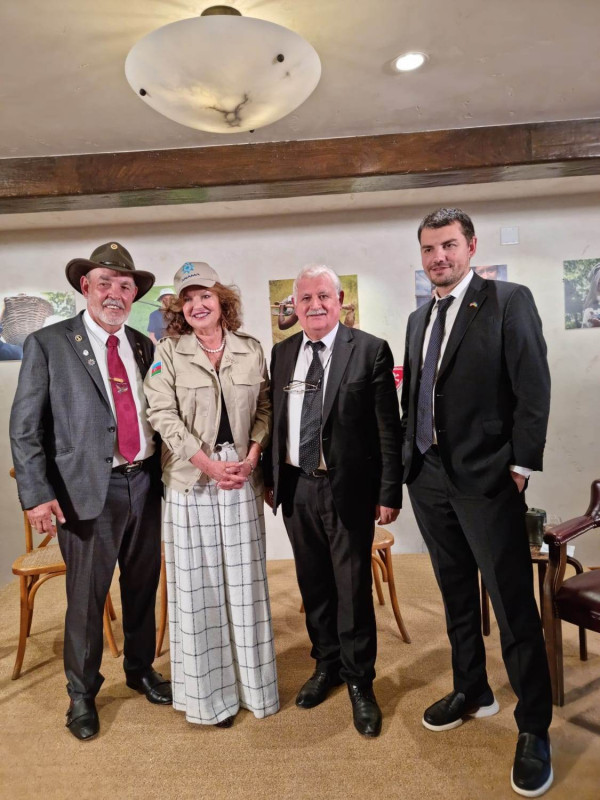 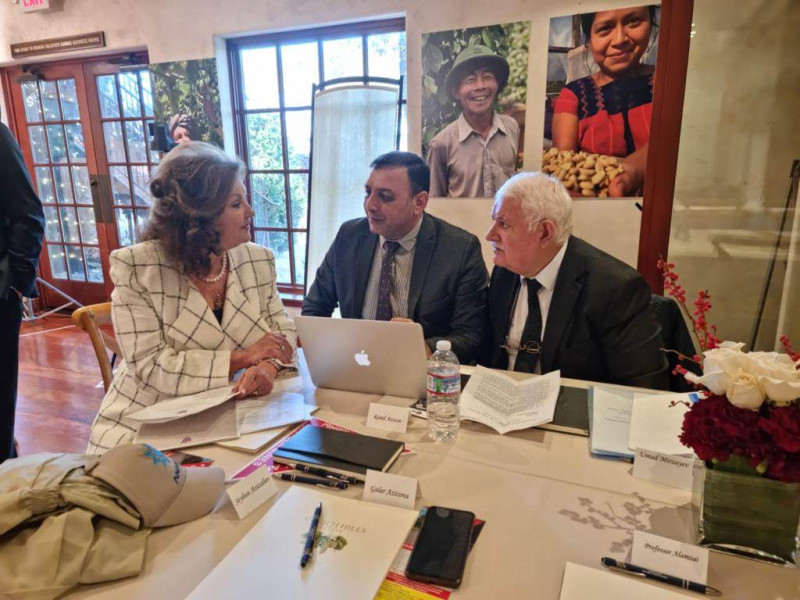 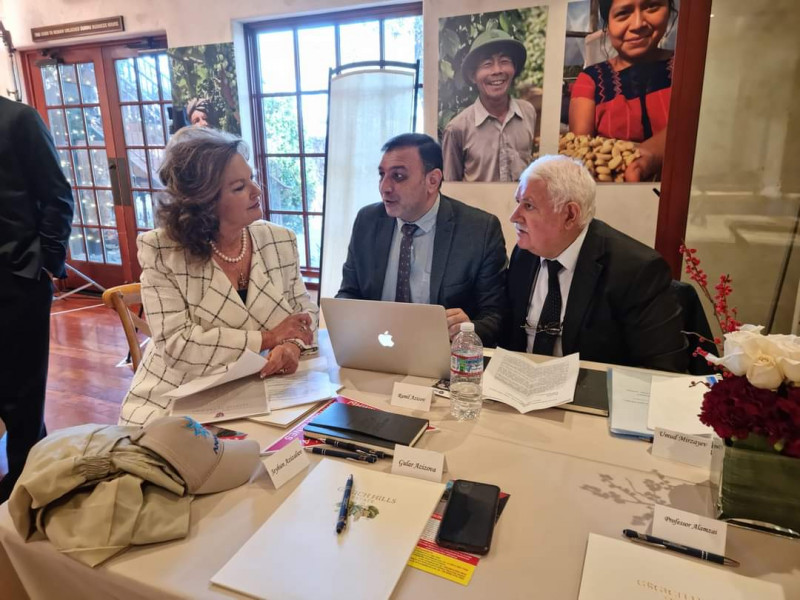 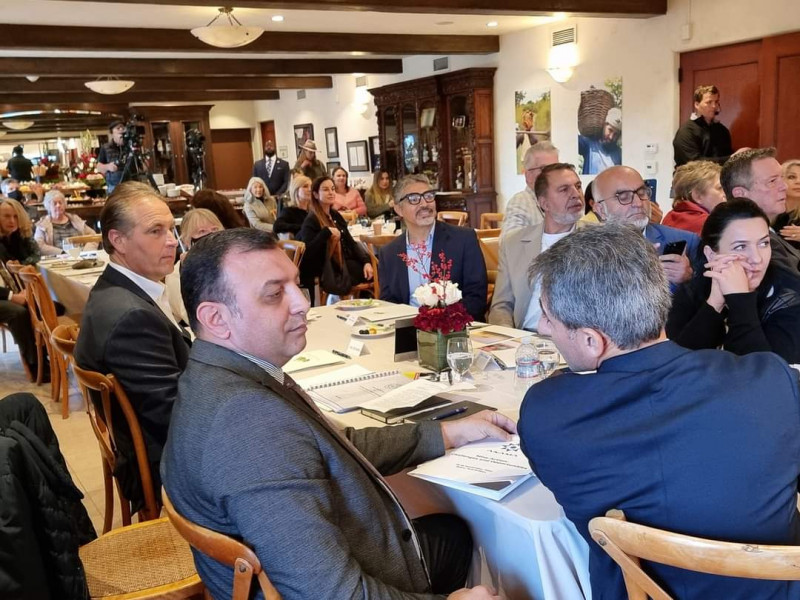