Umud Mirzayev made a GLOBAL CALL regarding the mine problem of Azerbaijan at the international festival held in the US - ednews.net 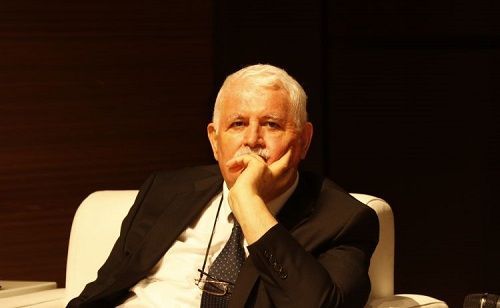 Umud Mirzayev, president of the International Eurasia Press Fund, who is currently visiting the United States of America, participated in the "Festival of the Bells" calling for peace in Napa Valley, California on December 2-3.
Ednews informs that he spoke at the festival and conveyed his views on the biggest problem of Azerbaijan, the areas polluted by landmines, to a wide audience.
"It is a special honor for me to perform as an Azerbaijani at this beautiful ceremony called the "Festival of Bells". I would like to sincerely thank the hosts - my dear friend Heidi Kuhn and Mr. Miljenko for their warm hospitality and the wonderful organization of the event.
I am from Ashaghi Abdurrahmanli, Fuzuli district of Karabakh region of Azerbaijan - the village of which its roads have been closed to me and my fellow villagers for 30 years. Like all the villages of Karabakh, my hometown does not exist. More than one million internally displaced people live far from their homeland. 11,000 square kilometers of the Karabakh lands of Azerbaijan, which are currently free from occupation, are contaminated with landmines and unexploded ordnance. More than one million mines of different types have been buried in those areas. Since the November 2020 peace agreement, 268 people have been killed or injured as a result of mine explosions in those areas."
U. Mirzayev noted that during their visit to Aghdam and Tartar regions of Karabakh in March of this year, esteemed Hedi saw with her own eyes how the territories were contaminated with mines.
"Currently, numerous infrastructure projects are being implemented by the government of Azerbaijan for the return of refugees and IDPs to their homelands in the territories of Karabakh. Azerbaijan National Agency for Mine Action (ANAMA) is also doing great work in the direction of ensuring people's safety."
During his speech, he added that the Community Mine Action Team of IEPF, which I represent, cleared more than ten thousand hectares (10,000) of land in the Karabakh region.
"But our efforts are very small compared to the scale of mine contamination. Landmines are one of the problems that mostly concern countries and harm humanity. I urge you to find new ways and methods for the development of peace-building, to eliminate the problem of landmines in the world, as well as in Karabakh, which is contaminated with more landmines and other explosives. Civil society access to the necessary resources is key to achieving internationally agreed development goals and creating a mine-free world. Let's start the first step on this long road from the small village of Ashagi Abdurrahmanli in Karabakh - my village."
Finally, the IEPF president thanked all the participants of the event:
"Reckoning on the friendship and solidarity of all the participants of this great event - government officials, business circles and representatives of civil society, I ask you to join me and "Roots of Peace" for a global toast in honor of our support for peace and development in Karabakh and the South Caucasus."
It should be noted that the main media supporter of the event was the prestigious US ABC7 channel.