Why is separatism intensifying in Europe? | Eurasia Diary - ednews.net

Unknown fighter jets tried to attack the Russian air base in Syria
Read: 897

Why is separatism intensifying in Europe? 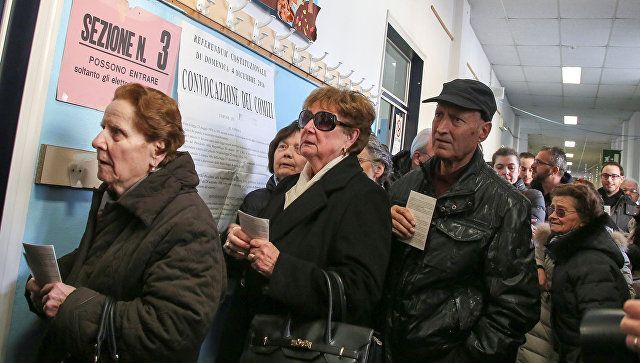 If we will retrospectively look back, Europe throughout the entire 19th century was striving for centralization. Firstly Napoleon has sent into a single Customs Union more than a hundred small German principalities, after which Bismarck united them into the German Empire. We observed a similar process on the Apennines, where democracy united a dozen small feudal states to Italy, starting from Piedmont in the North and ending with the Kingdom of both Sicily in the south. But the desire for centralization was observed only in the Christian part of Europe, whereas in its Muslim part - in the Balkans and north, in Ottoman Rumelia, the European empires in every possible way fanned national separatism, using it as an instrument of its geopolitics. There is no need to wonder which of the European monarchies was more interested in this, all equally played on the national feelings of the Ottoman subjects of the Christen dish faith. As a result, on the political map appeared in the last quarter of the XIX century Greece, Yugoslavia, Romania, Bulgaria.
The twentieth century was the century of the triumph of separatism; it was in this century that the modern political map of the world was formed in three stages as a result of the collapse of the colonial empires. Moreover, national-state separatism has become not only the result of the defeat of military-political blocs or the collapse of socio-political systems, but also a completely natural result of the economic development of mankind. If national-religious differences or contradictions between peoples within one country were most often resolved by armed means, then in some European countries with the dominance of one language and a common culture, regional separatism took less aggressive forms. For example, to explain my idea, I will cite an example of modern Russia, which at the turn of two centuries had to overcome both forms of separatism: in recent Russian history there was also an almost independent Chechnya that achieved such a situation as a result of the civil war, and almost sovereign economically Tatarstan, He did not fight with the federal center, but lived according to his own rules and regulations.
What is happening in Europe can now be called "economic and political" separatism, when regions with a higher level of economic development want to leave the country's structure in comparison with the capital and other regions. This trend in Spain is manifested in the example of Catalonia, in Italy, for example, in the region of Veneto (Venice), in the UK - the example of Scotland. The motivation for this kind of separatism to banality is simple: we will live richer and prosperous separately. Moreover, the separatist principles acquire a public resonance only in the conditions of macroeconomic crises, in which the whole world is today, i.e., when it is necessary to spend much more on the maintenance of a poor and hungry neighbor, and this duty begins to weigh, as it affects one's own level consumption. Naturally, this desire to get rid of the burden of keeping freelancers is masked for political purposes: it is assumed that the Catalans and Scots want to live in the republic, and not in the monarchy, the Venetians want to preserve the cultural wealth of their region. But these are just words, behind which lie the regional economic egoism of local elites, who temporarily have resources comparable to those of the central government. This is the essence of Catalan and similar to it separatism.
The cure for this kind of separatism is quite simple, and it has already been found, in my opinion, both in Russia and Azerbaijan, where the capital is not only a political but also an economic center of the country. In a country where people live on the periphery a little poorer or much poorer than in the capital, there is no separatism of the "Catalan" pattern. It is by this model that today the USA, China, India, and all other countries with a population of more than 100 million people live. Of course, this contradicts all the laws of the liberal economy, but it is the guarantor of state stability and territorial integrity of the state.
If we talk about the prospects for "selfish" separatism, I personally do not see any such. Catalonia raises its head only in the hope that it will automatically be integrated into a single global or European market, but I think that from a dream to its practical implementation - a huge distance. It seems that Scotland has already realized that from general rules there is no exclusions, doesn't matter for whom, since for each participant in economic relations, their profit is more important than the neighbor's prosperity, and it doesn't matter if he is right.
In view of all the above, there is no sense in equating Catalan and Armenian separatism - it is the phenomena of completely different etiology or origin. They are similar in only one thing - they are based on selfishness, but Catalans have an economic character in this, that is, rationalistic, whereas Armenians have it as national-religious, that is, irrational. Therefore, it is not necessary to say that the situation in Catalonia can influence the total stagnation in the Nagorno-Karabakh conflict.