50 days of Pashinyan in power - View from Russia 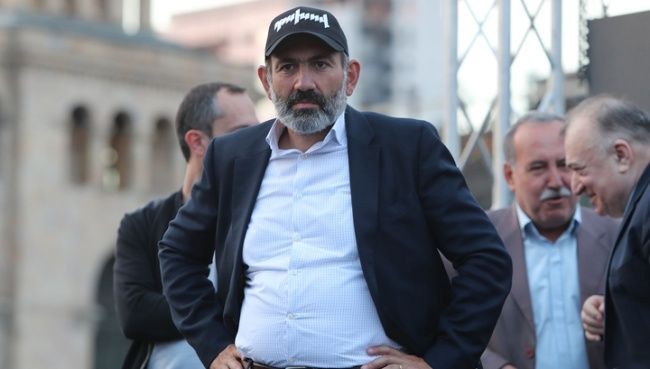 50 days have passed since Nikol Pashinian took Prime Minister’s office in the wake of mass protests in Armenia. In big countries such as Russia, the United States, China, India, Brazil, and Germany it typically takes 100 days to comment on the political and social issues, but for a country with a low population like Armenia, it's enough to figure out what happened there in 50 days.
As a result of the change in power and political regime in Armenia, someone called the revolution, and the others called the coup, the country was in the center of world media attention, but the situation has changed considerably over the last two weeks. Recently, the number of Armenian-oriented propagandists and Armenians on Russian TV channels sharply decreased. This shows that Russia's attitude toward its ally has changed after the regime change in Armenia.
There are two approaches to this case. On the one hand, Russia does not want to irritate already angry Russians, showing the failure of its foreign policy towards Armenia. On the other hand refusing to disclose information about the events in Armenia may be a sign for Yerevan in order to stop pursuing its insane domestic and foreign policy. For example, it could be said that there wasn’t any reaction from the media outlets which are under control of Russian authorities to the military operation of the Azerbaijani Armed Forces in the Sharur region of Nakhchivan autonomous Republic. If this was happened three months ago, these media companies would have made tough statements against Azerbaijan.
The Russian Foreign Ministry issued a broad statement, but now it is full of calmness. This is not the only case of Moscow's dissatisfaction with Yerevan. In May, the Russian Federal Veterinary and Phytosanitary Control Service imposed restrictions on agricultural goods imported from Armenia to Russia under the Customs Union.
But in Yerevan, they did not think about it. Later on, Russian President Vladimir Putin and Armenian Prime Minister Pashinyan met twice, noting that the Russian-Armenian relations were more controversial. Later, Moscow has warned Yerevan for the second time - it raised the cost of natural gas exported to the country.
Recently, the Kremlin has vetoed the dissemination of information about him. It is worth noting that Vladimir Putin, as a world-class leader with long-term experience of public service, who faces obvious hypocrisy and provocations, does not pay any attention to such "delusions". His position on international relations is reshaped only when the interconnected relationships between the two countries have been thoroughly broken.
Putin found common ground with rude politicians such as Israeli Prime Minister Benjamin Netanyahu. Netanyahu's communication with Putin does not prevent him from hitting Syria first, and Pashinyan wants to establish similar contact with Putin, but this is not the case. Pashinyan is not a politician. He is a populist, who succeeds in destroying and not just establishing a social wave of power. For example, it is his first initiative in the Armenian parliament to abolish administrative fines for violation of traffic rules. Only this fact proves that Pashinyan doesn’t have any imagination about legislation process and activity mechanism of the state administration and that’s why he is considered an incompetent person.
When Pashinian came to power, Armenia fell into a situation when Russia and Azerbaijan were to build their national governments after the collapse of the USSR in 1991. The preservation of the continuity of power in Armenia in the 1991 Nagorno-Karabakh conflict determined its military ability in the war in 1988-1994 for Karabakh.
Now, in Armenia, the state mechanism inherited from the Soviet Union for decades that has been protected by the Nagorno-Karabakh conflict begins to collapse. It is still waiting for socio-economic shocks about the change of the elite, the redistribution of property, but let's take into account that all these tragedies for the poorest country and the poor people can be painless because it will not be worse than that. If we look at the development of the situation in Armenia, it is waiting for the "Georgian-Ukrainian" scenario.
This policy is in line with Russia's main geopolitical rivalry - the strategic interests of the United States. The main purpose of this strategy is to completely break Russian-Armenian political and economic relations and to transform the South Caucasus into a free geographical location from the Russian influence. Apparently, this prism - the US geostrategic interests, Prime-Minister will look at the prospects for resolving the Nagorno-Karabakh conflict during Pashinian's rule in Armenia. The United States is interested in maximizing this conflict. Thus, Armenia can use itself against Russia, Turkey and Iran. Two weeks ago Pashinyan initiated the so-called "Artsax" organization as a third party in talks. There is an opinion that Pashinyan wants to put the responsibility on the OSCE Minsk Group, and in reality, his visit gave no chance for peaceful resolution.
Oleg Kuznetsov
Russian political analyst