Kocharyan's arrest is a dangerous blow to Russia's influence in Armenia and the South Caucasus | Eurasia Diary - ednews.net 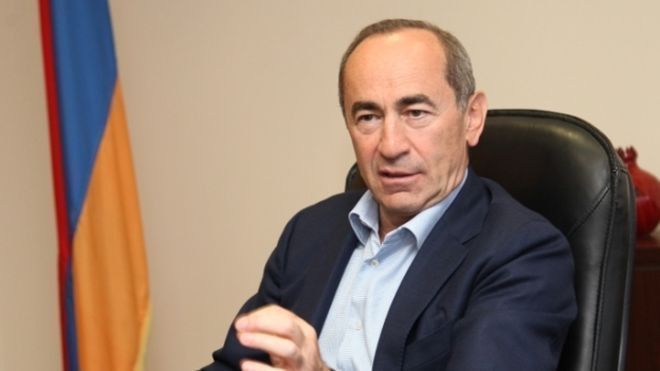 Former Armenian President Robert Kocharyan was arrested on July 27 for usurping power. Similar charges filed against current CSTO Secretary General Yuri Khachaturov, who served as head of the Yerevan garrison.
Russian and Armenian media, as well as Azerbaijani media outlets made a hasty decision by describing Kocharyan's arrest as “revenge" of Pashinyan against him.
Many politicians and journalists consider that Kocharyan and Khachaturov’s cases are the mistakes of Pashinyan’s policy. This is a step that leads to open confrontation between Russia and Armenia. Pashinyan has a lot to stand against Russia that wants to regain its influence on Armenia.
First, Moscow has always affected to political processes in Armenia though local criminal structures, without taking into account of public opinion. Now Kremlin is powerless against the populist one who came to power in Armenia.
Secondly, by the opening of a criminal case against the CSTO Secretary General, Yuriy Khachaturov, Russia was deprived the possibility of military and political influence on Yerevan. As Khachaturov is again taken into custody, the Russian influence in the Armenian army will be put an end.
Third, Kocharian's arrest will neutralize the impact of the Kremlin-oriented Armenian Diaspora in Russia. Robert Kocharyan was keeping Armenian businesses in Russia under control since 2000. He is the only person among the Armenians who knows how much money he has received, how much he returned and how much he kept. It was a financial resource of Armenian diaspora in Russia while the west imposed sanctions on Moscow.
“Karabakh clan” didn’t come to power in Armenia in 2008. They took an office since 1999 when the mass killing was committed in Armenian Parliament. If Pashinyan really wants to end the governance of the leaders of illegal armed separatist group of Nagorno-Karabakh, he should take a look back at terror acts which was committed by them 19 years ago. And of course the first question will be like who ordered the mass shooting.
Armenian intelligence agencies together with colleagues from CIA and FBI will use all means to get information from Kocharyan on the Kremlin’s interests in the crime. If no evidence is found, Kocharyan will talk about "secret diplomacy", political and financial plotting, which in any case will link the elite of Russia and Armenia.
Finally, Kocharyan’s arrest is not just "revenge", there is a global geopolitical factor, too.
Oleg Kuznetsov
Russian political analyst