Relations between Russia and Armenia were held at the commercial interest of officials - Oleg Kuznetsov - EXCLUSIVE | Eurasia Diary - ednews.net

Azerbaijani army liberated several villages of Zengilan, Jabrayil and Gubadli districts and the city of Gubadli from Armenian occupation
Read: 283

If Armenia doesn’t stop, we will go until the end to liberate all the occupied territories - Azerbaijani President
Read: 254 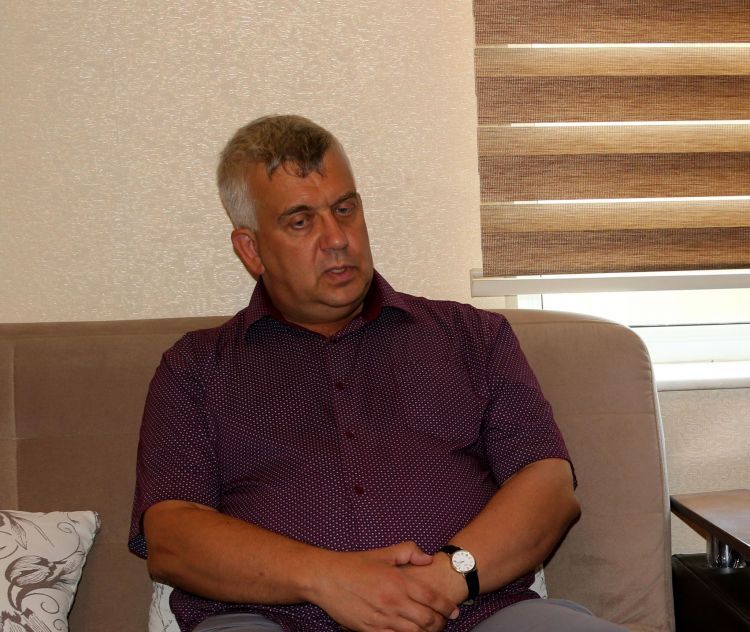 For a long time, Armenia was Russia's main partner in the region. Indeed, these relations were built not on political or economic relations, but on bureaucratic contacts, that is, on the mutual commercial interest of officials of both countries. The interests of the state itself and the interests of the peoples of both countries were largely ignored. "

Oleg Kuznetsov shared his thoughts about this with Eurasia Diary. Oleg Kuznetsov is a Russian historian, author of the book "The History of Transnational Terrorism in the Twentieth Century."

According to him, all Russian-Armenian relations for a long time had a commercial nature and were aimed at ensuring maximum profit by the oligarchs of the Armenian Diaspora in Russia.

"Most of these oligarchs were not born in Armenia and never lived there. Most of the modern Russian oligarchs of Armenian ethnicity are either natives of the Rostov region, or the Krasnodar Territory, or Nagorno-Karabakh. Armenia was not homeland for anyone, but it served as an instrument for solving many commercial issues. One of this example is obtaining turnover capital from the Armenian diaspora in Western Europe and North America through the state budget of Armenia to organize its business in Russia.

The expert cites Robert Kocharian's group of companies as an example, which was formed in this way on the territory of Russia.

Kuznetsov is sure that Armenia was very beneficial for Russia in order to legalize the corruption proceeds of a large number of high-ranking officials.

He believes that as the Armenian-Armenian relations worsen, the names of oligarchs and officials emboriled in the dirty business of the two countries will emerge. He explains this by the fact that right now they are publicly speaking in Russia for the punishment of Nikola Pashinyan, thereby impersonating themselves.

As example, Kuznetsov brought one of the media figures - Konstantin Zatulin - a State Duma deputy, who was elected from the city of Sochi. According to the historian, all the Armenians of Sochi on the direct order of the Union of Armenians of Russia and all people who depend on the Armenian business voted for this man.

To the question of Eurasia Diary, what are the main factors of Armenian oligarchy in Russia, Kuznetsov named two factor.

"The first factor is enrichment of people who manage the budget - governors, mayors, ministers - at the expense of kickbacks from government orders.

The second one is a cheap labor force from Armenia. Armenians of Russia were paid exactly as much as to Uzbeks who were illegal. At the same time, the illegal Uzbeks had the opportunity to leave one employer for another, seeking out the best conditions, while the Armenian migrant workers of this opportunity in Russia were deprived, because they were under multi-layered control. They were monitored not only by the migration services of Russia, but also by the law enforcement agencies, the special services of Russia, their diaspora, the church and even the special services of Armenia, which operate freely in Russia, since both countries are military-political allies, "Oleg Kuznetsov said.