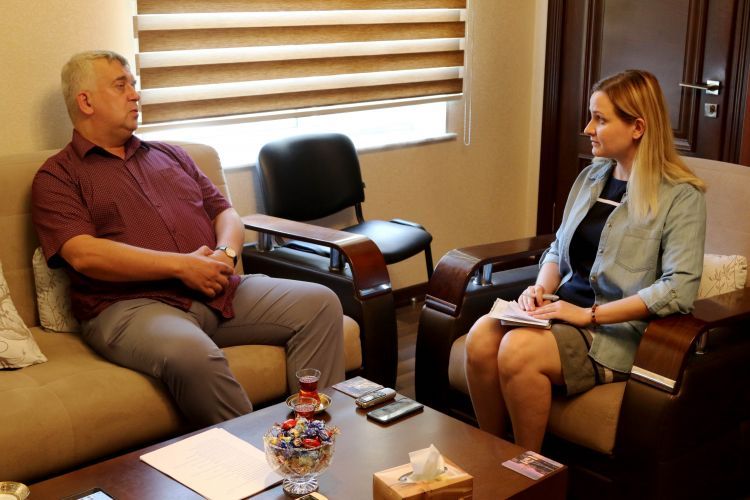 During his visit to Moscow, Armenian Prime Minister Nikol Pashinyan said in an interview with Kommersant that the seven adjacent Azerbaijani regions according to the "constitution" of Nagorno-Karabakh are the territory of "NKR"

Let us remind,  in the process of a meeting with Armenian businessmen in Moscow, Prime Minister of Armenia Nikol Pashinyan said that the so-called. "NKR" in the future will have to become a full-fledged (integral) part of the Armenian territory.

How can you explain these loud and contradictory statements of Pashinyan on Karabakh?

"Pashinyan is a person who, by his education and upbringing, is not able to solve any financial issues. Thus, he replaces his dilettantism in economics with extremism in politics. Not having a real level of training, not having a real intellectual base in the organization of interstate relations, he is trying to aggravate certain political issues, some political contradictions, to stay afloat. And the occupied Azerbaijani territories are a political issue, in which he feels more confident. "

"The Azerbaijani leadership is more profound in the intellectual sense. Azerbaijan pursued a policy oriented toward its own interests, moreover it paved relations with Russia regardless of Russia's position on the Nagorno-Karabakh conflict, "Kuznetsov said.