Turkic autonomy in Syria in exchange for Nagorno- Karabakh conflict resolution. - Putin and Erdogan in Sochi 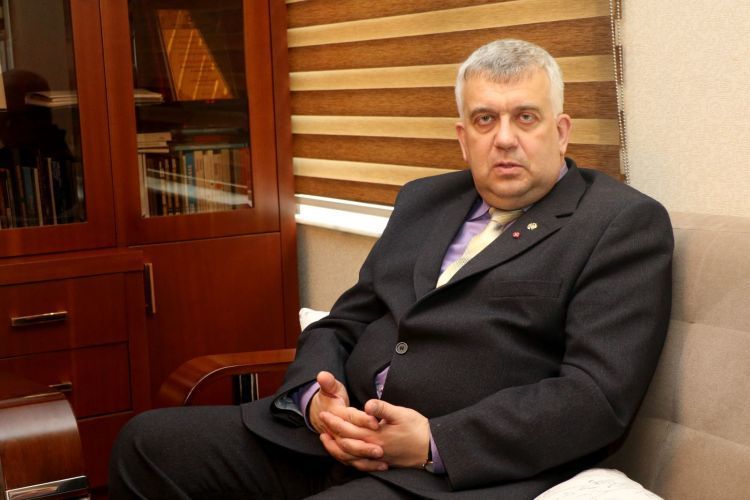 The yesterday talks between the leaders of Turkey and Russia held in Sochi continued approximately 4,5 hours

Commenting on the meeting of two presidents, Russian historian Oleg Kuznetsov told Eurasia Diary an interesting opinion that in exchange for the possible establishment of the Turkic autonomy in Syria, Erdogan will demand the resolution of the Nagorno-Karabakh conflict from Putin.

Expert emphasized that Syrian issue and dispute around Nagorno –Karabakh conflict between Azerbaijan and Armenia were on the agenda of yesterday’s talks. Moreover, he noted that Turkey manages these two crises exceptionally in a dialogue with Russia: perhaps from allied obligations towards Azerbaijan, perhaps from its geopolitical interests. Oleg Kuznetsov is confident that when it comes to finding a compromise or concessions on the Syrian issue, Turkey in return requires concessions from Russia in the Karabakh issue.

"Regarding the Syrian issue, Turkey advocates the interests of the Turkic population living in the northern provinces of Syria, primarily in Idlib. On the other hand, we see that Russia is interested in preserving the territorial integrity of Syria because these circumstances guarantee Russia’s undivided domination in this country. In this framework, these two countries must also seek a compromise. In any case, there will not be an open military conflict between Russia and Turkey in Syria, so it is possible to raise the issue of the division of interests.

I do not consider that Syria will remain within the framework of a unitary state, as it was before. It will be amended into the federation, and this is unambiguous. This is Russia's position on the settlement of the Syrian dispute. In exchange for the possible creation of the Turkic or Turkish autonomy in Syria, Erdogan will demand the resolution of the Nagorno-Karabakh conflict from Putin”.

According to Oleg Kuznetsov, economic and humanitarian issues were at the bottom of the agenda at the meeting between Erdogan and Putin. He says that they have been given a small amount of time because there is no disagreement in these matters.

In the end, Oleg Kuznetsov touched upon the history of relations between the two countries. He said that Russia and Turkey had always been geopolitical rivals in the Balkans, the Black Sea, and the Caucasus.

"The end of this war was laid in 2012 at a very large scientific conference in Istanbul. It was stated that the Russian Federation is not the Russian Empire, and the Turkish Republic is no more the Ottoman Empire. Thus, Russia and Turkey are no longer geopolitical competitors. Countries are located in the same geographical region and should develop cooperation because this will benefit our nations. "